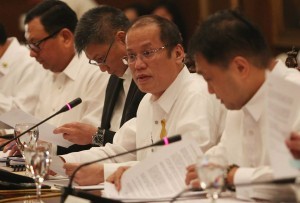 MANILA (Mabuhay) – Malacañang on Saturday welcomed the decision of a House of Representatives panel to adopt its suggestions on the Freedom of Information (FOI) bill to speed up its passage.

Valte noted that Malacañang had also previously worked with representatives in the 15th Congress on the FOI bill.

“…Sa kagandahang palad naman po in the 15th Congress, the Palace proposal was also adopted by the Technical Working Group of the Committee on Public Information,” she said.

“And even po sa Senate noon, noong 15th Congress, these proposals were also adopted by the Committee under Senator Gringo Honasan,” she added.

For this Congress, Valte said that Malacañang was pleased that its members were open to provisions or proposals from the Executive branch.

“We’ve always been open to engaging the legislators, especially on the provisions that we have proposed,” she said.

However, Valte said that the President remained to be “judicious” in exercising his certification of power on making the FOI bill urgent.

“So far, the President has been judicious in exercising his certification power,” Valte said.