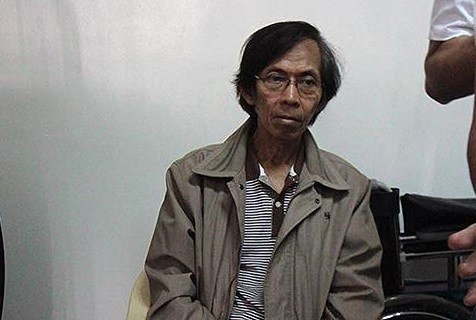 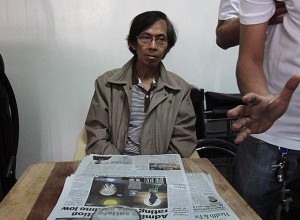 MANILA (Mabuhay) — Retired general and kidnapping suspect Jovito Palparan on Tuesday denied any involvement in the abduction of University of the Philippines students Sherlyn Cadapan and Karen Empeño in June 2006.

Palparan stressed that he did not go into hiding due to guilt, but rather because he feared for his safety once arrested.

He added that the military has no involvement in the alleged abduction.

Palparan also claimed that the two victims who went missing were not really students, but rather members of the communist New People’s Army.

Palparan was arrested by the National Bureau of Investigation in Manila on Tuesday after almost three years in hiding.

At the time of his arrest, Palparan had a P2-million bounty. He went into hiding in December 2011.

A Bulacan court issued in 2011 an arrest warrant against Palparan, who is charged with two counts of kidnapping and serious illegal detention in the alleged abduction of Cadapan and Empeño.

Meanwhile, Palparan said though he is ready to face the case, he has yet to employ a lawyer, and is worried for his safety.

On the other hand, when asked about the whereabouts of his co-accused, Master Sgt. Rizal Hilario, Palparan said: “Wala akong impormasyon sa kanya.”

The Arroyo administration had praised Palparan for his counterinsurgency campaigns from 2001 to 2006, but the Melo Commission reported there was “certainly evidence pointing the finger of suspicion at some elements and personalities in the armed forces, in particular General Palparan, as responsible for an undetermined number of killings, by allowing, tolerating, and even encouraging the killings.”

Palparan retired from the military in 2006, and won a seat in Congress through Bantay, an anti-communist party-list group.

No R&Rs for US soldiers in Subic