A recent survey that was released by the American Academy of Facial Plastic and Reconstructive Surgery, which I took part in, showed that approximately 75% of the procedures that were performed by Academy members did not involve surgery.Â  This highlighted a trend that has been occurring over the past several years.Â  The survey also showed that there has been an approximately 45% increase in the overall number of procedures over the past two years that may also indicate the economy is on the rebound.

“Nonsurgical procedures are an excellent option for some people, with the added benefits of lower costs and shorter recovery time; two things that are consistently important to those considering facial plastic surgery,” says Jonathan M. Sykes, MD, president of the AAFPRS. 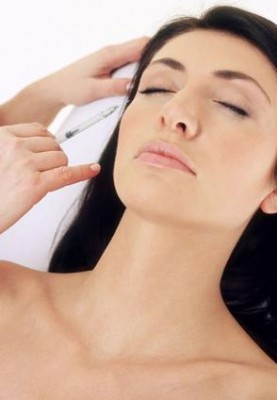 “We have been seeing a trend during the past few years that people who want to look and feel younger and rejuvenated are turning to nonsurgical, less invasive procedures to obtain the refreshed look they want.”

Injection of Botox and hyaluronic acid derivatives, such as Juvederm and Restyane, comprise the majority of the nonsurgical procedures that were performed.Â Â  Laser hair removal, chemical peels and microdermabrasion round out the top five procedures.

Facial surgery, however, is still popular with the most popular cosmetic surgical procedures in 2010 being rhinoplasty, face lift and blepharoplasty (eyelid surgery).