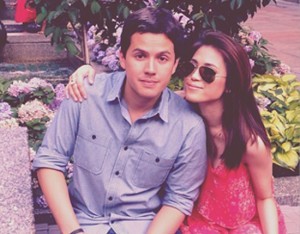 MANILA (Mabuhay) -– If Toni Gonzaga has already prepared their wedding song, Paul Soriano is already thinking about their honeymoon.

“The honeymoon, baka ready na. I think it’s something that we both want to do because we’ve never really done that. Once the wedding day comes, the travelling will be plenty,” Soriano said.

According to Soriano, he was actually surprised when Gonzaga said in a press conference that she has already taken care of the song when they tie the knot.

“That’s great. That’s actually a surprise for me. I didn’t know that. It’s good to know that she’s thinking ahead. We are getting there real soon, so exciting,” Soriano said.

Asked when he plans to settle down with the TV host, he said, “Definitely [malapit na]. I’m finishing up a lot of stuff now and I think when these films that I’m producing — I’m also going to be directing a film this year — when it all settles, I think there’s going to be a lot of time to start planning for the rest of my life. I’m excited about that.”

Soriano said he is just waiting for “really, really clear signs” from Gonzaga before he decides to finally propose to the “Pinoy Big Brother” host.

“I know she’s very busy. Of course, ‘PBB’ just came out. She’s got her sitcom. She just came off a box-office hit movie. I know there are a couple of things that she wants to do some more before we can really sit down and plan the rest of our lives. But that’s definitely somewhere out there real soon,” he said.

Now into their seventh year together, Soriano said he has learned to be patient, especially since his girlfriend is now at the peak of her career.

“Being the boyfriend of someone so busy, who’s in front of the camera almost every day, I’ve learned to be very patient. It’s good. Good things come to those who wait,” he said.

Aside from “PBB,” Gonzaga is also part of “ASAP” and the Sunday talk show “The Buzz.” She will also be hosting the second season of “The Voice of the Philippines” in the coming months.

Soriano, on the other hand, is currently doing TV commercials and is producing two films for this year’s Cinemalaya film festival. He will also be directing a movie later this year.

But despite their respective busy schedules, Soriano said he’s glad that they can make time for each other.

“We’ve been together for seven years already and there’s already an understanding. We don’t even have to ask or text each other anymore but we’re already there for each other. We are pretty much part of each other’s life already. That’s the beauty of being in a relationship that’s lasted this long,” he said. (MNS)

Get Free Tickets to see Gary V at Pechanga Theater