Pauleen Luna shares what she loves most with Vic Sotto 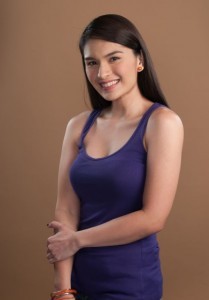 According to the 25-year-old, the “Eat Bulaga” main man appreciates the little stuff and values quality time more than any material thing money can buy.

The movie tops the box-office and reportedly raked more than P400 million during its two weeks airing.

If many thought the film’s success translates to grandiose gifts during the holidays, Pauleen was fast to dismiss this. She said they don’t even have gifts for each other.

Pauleen was also asked if Vic already gave her a engagement ring as Christmas present, the actress said they’re not there yet.

The actress said she doesn’t want to assume anything but they are both very happy with the status of their relationship, especially now that they’ve become very vocal about it.

“Ayokong pangunahan ang mga bagay-bagay. But like what I’ve said, we are very happy with where we are in our relationship. We are very open to each other,” she said.

Pauleen added that her parents are much okay now that her relationship with Vic is out in the open.

Jessy: Sam is not my boyfriend

Vilma still waiting for script for film with Nora