MANILA, Nov 9 (Mabuhay) — President Ferdinand R. Marcos Jr. on Wednesday convened a meeting with officials of the Department of Energy (DOE) to discuss “immediate and medium-term” interventions to develop the country’s energy industry.

The meeting between Marcos and DOE officials was held at Malacañan Palace in Manila on Wednesday morning, hours before he flew to Cambodia to participate in the 40th and 41st Association of Southeast Asian Nations (Asean) Summits and Related Summits next week.

“President Ferdinand R. Marcos Jr. conferred with officials of the Department of Energy Philippines and other relevant agencies to discuss immediate and medium-term plans for energy development and power supply in the country,” the Office of the President (OP) said in a Facebook post.

The Office of the Press Secretary (OPS), in another statement posted on its official Facebook page, said Marcos wanted the DOE, headed by Secretary Raphael Lotilla, to make sure that the country has sufficient energy supply.

Marcos is expected to raise during the upcoming Asean Summit pressing issues, including energy security, the OPS said.

“Prayoridad ng administrasyon ni PBBM ang sektor ng enerhiya at inaasahang isa ito sa mga tatalakayin ng Pangulo sa darating na Association of Southeast Asian Nations Summit sa Cambodia (The energy sector is given priority by the administration of PBBM, and it is expected to be discussed by the President in the upcoming Association of Southeast Asian Nations Summit in Cambodia),” it said.

The DOE is “actively updating” the Philippine Energy Development Plan, as part of the government’s effort to explore alternative energy sources, the OP said.

Marcos is pushing for the transition to renewable energy to mitigate the worst impacts of climate change on the country.

In his first State of the Nation Address (SONA) delivered on July 25, Marcos said the use of renewable energy will top his administration’s climate change agenda, as he believed that it would help slow down the effects of climate change.

The DOE is preparing for the second green energy auction by June 2023 after the success of the first one held in June this year. 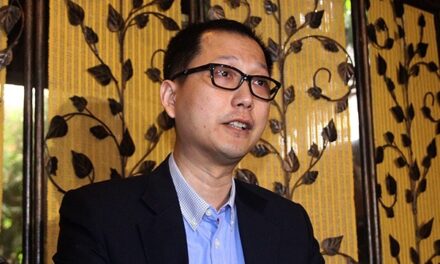