The reaffirmation of Marcos and Kishida’s commitment was made during their bilateral meeting held on the sidelines of the 77th session of the United Nations General Assembly in New York City.

In a statement on Thursday (Manila time), Press Secretary Trixie Cruz-Angeles said the two world leaders renewed their resolve to strengthen ties amid challenges in regional security and economic landscape.

“The two leaders met and discussed developments in Philippines-Japan bilateral relations,” Cruz-Angeles said, noting the two countries’ strategic partnership that led to their “tremendous growth and deepened cooperation” on security and defense.

“During their meeting, the two leaders reaffirmed their commitment to reinforce ties and strengthen cooperation in response to the challenges and opportunities in the regional security and economic landscape,” she added.

This is the first time Marcos and Kishida met in person to discuss the developments in Philippine-Japan bilateral relations.

During his meeting with Kishida, Marcos acknowledged that the Philippines and Japan have fostered “one of the closest partnerships in the region” for 66 years since the normalization of their bilateral ties, Cruz-Angeles said.

“The two leaders expressed confidence that bilateral cooperation in the next years will lead to the further realization of the two countries’ common aspiration for regional peace and stability and a better life for their peoples,” she said.

“He shared his administration’s priorities, particularly in the field of agriculture and food security, energy security, infrastructure development, and cybersecurity,” she said.

Cruz-Angeles said Kishida reassured Marcos of his continued support for the Philippines’ economic development to help his administration attain its goal of transforming the Philippines into an “upper-middle-income country.”

Marcos, during the 77th UNGA session, ensured that the Philippines remains “on track” to reach upper-middle-income status by 2023.

Marcos also expressed confidence that the Philippines would become a “moderately prosperous” nation by 2040.

On May 20, Kishida called Marcos to congratulate him on his presidential win in the May 9, 2022 elections and agreed to beef up ties to maintain regional peace and security. (MNS) 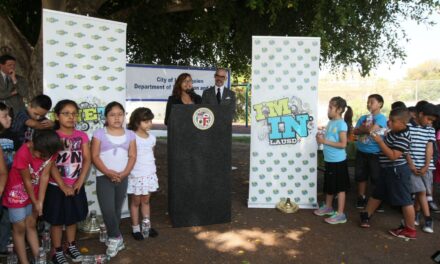