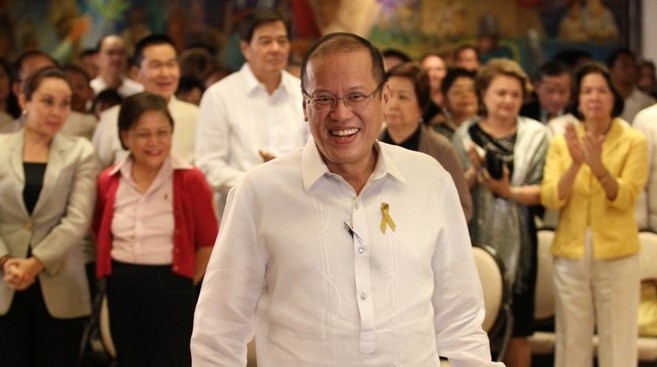 MANILA (Mabuhay) – A militant group has called on the public to use “peach ribbons” in answer to President Benigno Aquino III’s yellow ribbons.

The peach ribbon campaign is also a play on the word “impeachment.” Two complaints will be filed in the next few days against Aquino.

During the Daylight Dialogue in Malacanang on Tuesday morning, Aquino was asked what Filipinos could do to assist the government in its efforts to improve the economy.

“We’ll, come up with, perhaps, a manifestation of the support – if I still have the support of our people – and concrete examples of these. Perhaps, wearing our yellow ribbons, amongst other things, just to demonstrate exactly in a quick manner where the sentiments of our people lie,” Aquino said.

This comes on the heels of criticisms he received after he defended the administration’s Disbursement Acceleration Program (DAP) and blasting the Supreme Court for not seeing the rationale behind it.

Palatino said: “With due respect to those who sincerely believed in the ‘yellow ribbon’ movement when Noynoy Aquino was running for president, this icon has already become synonymous with patronage, deceit, and arrogance.”

He said whenever they see a yellow ribbon, they see Aquino “coddling” the corrupt in the Cabinet, House of Representatives and Senate.

The color peach, on the other hand, shows a call for accountability.

“Instead of yellow, the appropriate color of the times is peach. Peach because we support the impeachment bid to make Aquino accountable for his growing crimes and sins to the Filipino people. A president who made Yolanda victims wait for four months before admitting fault for the delay in relief and assistance deserves to be impeached. A president who refused to show remorse or regret for implementing an unconstitutional pork program must be held accountable,” Palatino added. (MNS)

100 to be indicted over Mamasapano massacre: Aquino

Are You Taking Care of Your Small Dog’s Teeth?