Temecula, CA – While Pechanga has, in the past, held events for Philippine Independence Day, nothing has ever been held on the scale of what the resort is planning for the 2012 celebration in June. Five days of events to commemorate that countryâ€™s declaration of independence from Spain in 1898 will be held on the Day itself, June 12 and all the way to the weekend.

Titled â€œMabuhayâ€ (long live) and headlined by Filipino superstar Gary V, the five-day event features music, dancers, food, karaoke, comedy, a variety show, gaming promotions and even a Filipino Cultural Exhibit.Â  Decorations will be displayed throughout the resort and a roving dance troupe is sure to keep things lively.

Â â€œWe are looking to reward our loyal customers with an event that speaks to their culture,â€ Said Alex Rodriguez, chair of the resortâ€™s Filipino Committee.Â  â€œWe know many people will have personal and family celebrations to attend, which is why we are making it a five-day event. For those just curious about Filipino culture, this is the perfect way to experience the foods, music and entertainment of the Filipino culture at a setting familiar to most Southern Californians.â€

Please see below for the line-up of events:

â€¢Roving Dance Troup â€“ 5pm to 8pm, throughout the resort 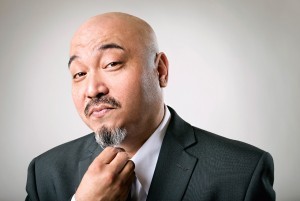 â€¢Food Court : Filipino Food Concessions, 11am to 3am

As the largest casino in the Western USA, Pechanga offers an all-inclusive AAA Four-Diamond luxury resort in the heart of Southern Californiaâ€™s Wine Country of the Temecula Valley. With more than 3,800 slots, 130+ table games, and a 54-table poker room, the resort boasts the soaring elevation changes of the Journey at Pechanga course, ranked as the 4th â€œBest New Course You Can Playâ€ by GOLF Magazine in 2009. The 445-acre resort also includes a full-service spa, featuring a coupleâ€™s massage suite; nine award-winning restaurants and a 24-hour food court; superstar concerts in its theater, a comedy club; world title boxing events; and three clubs and lounges, including Silk, the largest nightclub in Southern California.

Pechanga Resort and Casino is located at 45000 Pechanga Parkway near the I-15 in Temecula, CA.

What’s next for Piolo Pascual after ‘Flower of Evil’