The DOH said the additional cases reported were based on the total Covid-19 tests done by 74 out of 99 operational laboratories.

Majority of the newly announced cases are from the National Capital Region (NCR) with 4,163 cases, Laguna with 400 cases, Rizal with 363 cases, Cavite with 312 cases and Bulacan with 178 cases. These are currently under the second most stringent modified community quarantine.

It added that 233 duplicates were removed from the total case count. Of these, 143 recovered cases and one death were removed.

It updated the health status of six cases that were previously reported as recovered but after final validation – they were four deaths and two active cases.

“Our case clustering report showed that there are 380 clusters in the NCR; 305 or 80 percent are in the communities and 34 or 9 percent in health facilities. Calabarzon has 174 case clusters and Region 7 with 171 case clusters – majority were also in communities,” it added.

As of Sunday, the 76 licensed RT-PCR (reverse transcription-polymerase chain reaction) laboratories and 24 licensed GeneXpert laboratories have already conducted a total of 1,673,503 tests nationwide.

In its latest case bulletin, the DFA said there are no new fatalities while seven new recoveries were recorded in two countries in Asia and the Pacific.

This figure brings the total number of recoveries to 5,790 while the death toll remains at 708.

“As the DFA personnel in our FSPs continue to actively monitor the status of the Filipino community abroad and work to safely repatriate more of our stranded nationals home, we look forward to seeking more and more recoveries as well as zero fatalities similar with today’s report in the coming days,” the DFA said. (MNS) 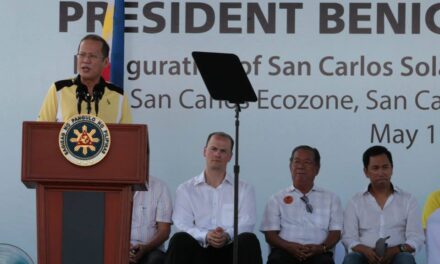