“In the previous Senate hearings, Board member Alejandro Cabading and Atty. [Thorrsson Montes] Keith categorically stated that the execom is operating as a mafia. I support their allegations,” Adre told senators in the continuation of the upper chamber’s inquiry.

“In the past weeks we have witnessed defensive justification and connivance of execom to cover up the anomalies that we have uncovered,” he added.

The regional vice president alleged that Philhealth senior vice president Rodolfo del Rosario has repeatedly been lying in the hearings of both houses of Congress.

Adre was part of the “Mindanao group” who had been tagged last year as the mafia within PhilHealth.

Yet, Senate witnesses argued that this group are actually the “good guys,” providing information about the alleged irregularities.

“If we are to be called mafia for questioning fraud policies and illegal orders or exposing irregularities, then so be it but we are the good mafia and they are the real and bad mafia,” Adre said, referring to the execom.

Members of the PhilHealth execom are present in the same hearing but they have yet to respond to the allegation.

Meanwhile, doctors with unpaid shares from the PhilHealth should go after the hospitals, as the state insurer said professional fees have already been included in claims paid to medical institutions.

“As per policy, once the hospitals have received the payment of their claims, they are given one month to provide it to the doctors already,” he elaborated.

This comes as Senate President Senator Vicente “Tito” Sotto III questioned the delay in the payment of professional fees to doctors under the PhilHealth system.

“In our system, we have a portal that they can actually reconcile if the claims they were looking for are already paid or not and the doctors can check on this,” said Pargas.

Sotto also announced in the ongoing inquiry that PhilHealth chief Ricardo Morales and executive vice president Arnel De Jesus had notified him that they will not be able to participate in the Senate hearing even virtually. Both their names were read earlier by the secretariat from the list of resource persons who confirmed attendance.

Morales told Sotto he was on medical leave while De Jesus mentioned a follow-up check up. (MNS)

READ NEXT: One year not enough to solve ‘systematic’ PhilHealth fraud, Morales says 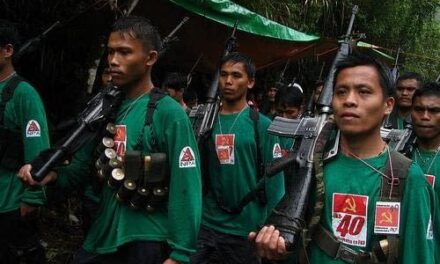