BULUAN, November 22, 2010 (AFP) – A year after his wife, two sisters, and 54 other people were killed in the Philippines’ worst political massacre, the governor of a southern province cannot forgive his enemies.

Esmael ‘Toto’ Mangudadatu’s ascent to the highest position in Maguindanao came at a high price in blood.

His family – one of the sisters was pregnant – supporters and journalists were on their way to submit his nomination papers a year ago Tuesday when they were abducted and gunned down, allegedly by members of the rival Ampatuan clan.

“I am still grieving. And forgiving under these circumstances is very difficult to do,” Mangudadatu told AFP Monday from his office in his provincial stronghold of Buluan, a day ahead of the anniversary of the killings.

Mangudadatu, 41, said that the slow pace of justice – Ampatuan clan leaders have been charged with murder but their trials are expected to take years – was adding to his grief.

“There needs to be justice, speedy justice. That is all we ask for. All I ask for is that they (the victims) do not be forgotten and the wheels of justice turn faster,” he said, his voice quivering with emotion.

Mangudadatu’s wife of 19 years, Genalyn, led a convoy on November 23 last year to file her husband’s election candidacy for the governorship, a position that the Ampatuan patriarch had groomed one of his sons to assume.

Mangudadatu had decided not to join the convoy after warnings he would be killed, but said he thought that the Ampatuans would not harm the women and a contingent of 32 journalists who travelled with them.

“I was wrong. This is the darkest moment in Maguindanao history and they should be considered as martyrs,” he said.

Until the massacre, the Ampatuans and the Mangudadatus had enjoyed an uneasy alliance, and together both families had controlled virtually all aspects of Maguindanao life, from business to politics.

From 2001 to the massacre, the Ampatuans’ power and wealth outweighed the Mangudadatus because the patriarch, Andal Ampatuan Snr, enjoyed the patronage of then-president Gloria Arroyo.

Rights monitors say Arroyo turned a blind eye to the Ampatuans’ brutal excesses, including allegations of corruption and chainsaw murders, and instead empowered the clan’s vast private army as a proxy force against Muslim rebels.

Mangudadatu said he only wanted to end the Ampatuan’s tyranny when he decided to run as governor in this year’s elections, which he eventually won.

After losing his wife, he is now faced with the challenge of trying to bring development to Maguindanao, a scenic province with rolling fields ideal for agriculture but mired in poverty and a long-running Muslim separatist rebellion.

Adding to the challenge are the Ampatuans’ hundreds of loyal armed followers who have sought refuge in remote hilly areas to evade arrest.

“But I am optimistic that we can rise up to become a better province, not one where there is a tarnished reputation of murders taking place all the time,” Mangudadatu said.

But rights groups have questioned whether the tradition of conflict in Maguindanao – where Muslim clans have for decades used violent means to hold power – will be quickly eroded.

They point out the Mangudadatus – like many other political families – also maintain their own security force. 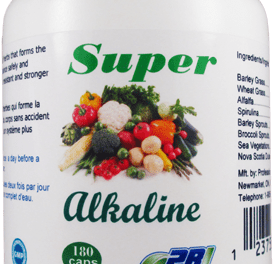