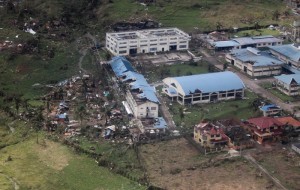 MANILA (Mabuhay) – The Philippine Red Cross on Wednesday denied allegations of misuse of its funds, saying there is a campaign to destroy the reputation of its secretary-general, Gwendolyn Pang.

In a statement, the Red Cross said the allegations of funds misuse in the organization were entirely baseless and inaccurate. It added that all its transactions are being audited by a reputable international independent auditor.

“They stem from a long-running and malicious campaign orchestrated by disingenuous members of the Red Cross who have since been dismissed. Ms. Pang is subsequently taking legal action against some of these individuals on the grounds of libel,” the Red Cross said in a statement.

“All of the allegations have been rigorously investigated on two separate occasions in accordance with the Philippine Red Cross rules and procedures relating to accountability and transparency. Following the investigation Ms. Pang was fully exonerated and the Philippine Red Cross Governing Board has expressed its full confidence in her continued leadership of the organization.”

Rosal said Pang is the culprit in the funds misuse and should be suspended.

Rosal based her complaint on an earlier letter from former Red Cross chief accountant Jeric Sian, who also questioned how some of the funds from donations were used.

The funds were allegedly spent on “WOW” tarpaulins of former senator and now Red Cross chairman Richard Gordon from 2007 to 2009, as well as for plastic whistles that supposedly did not go through public bidding and did not have the approval of the board of governors.

Ambulances were also reportedly bought using Gordon’s pork barrel and the purchase allegedly did not go through the proper process.

Sian has since been fired and sued for libel by the Red Cross.

Meanwhile, John Bo, who was once the representative of the National Youth Commission in the Red Cross board of governors, also complained about some transactions and policies.

Red Cross funds were allegedly used to pay for Pang’s birthday celebration at a bar in Manila, parking rental at a private condominium, a wedding gift, and personal cellphone bills.

However, Oscar Palabyab, legal consultant for the Red Cross, said the board already cleared Pang after she explained to them where the funds went.

Palabyab said the purchase of ambulances was approved by the board and the Department of Social Welfare and Development.

He added that Pang used her personal money to pay for her birthday celebration although the receipt indicated it was charged to the Red Cross.

In a resolution issued by board secretary Corazon Alma de Leon, the members of the board of governors also declared they had trust and confidence in Pang.

Palabyab believes that those hurling accusations against Pang want to ruin the reputation of the Red Cross.

The Red Cross said apart from bringing personal distress to Pang, the allegations also serve to “belittle the efforts of the thousands of Red Cross volunteers from across the country who are currently engaged in the humanitarian response to Typhoon Yolanda.”

“Continued public support is vital at this time to sustain emergency relief and long term recovery efforts. The Red Cross remains firmly focused on alleviating the suffering of victims of this terrible tragedy. The organization will make no further comment on these allegations which it considers to have been fully and satisfactorily resolved.”  (MNS)