MANILA, February 23, 2011 (AFP) – Grave robbers have dug up the remains of Philippine tribesmen and passed them off as the bodies of Japanese soldiers for return to Japan, tribal leaders said Wednesday.

The skeletons of hundreds of Mangyan and Ifugao tribesmen have been shipped to Japan since 2008 after being unearthed by looters paid by a Japanese group called Kuentai that purports to find remains of the country’s World War II dead, they claimed.

Aniw Lubag, a Mangyan leader, told a news conference his tribe briefly detained three people in 2008 as they stole bones from a burial cave on the central island of Mindoro.

“They said they were hired by non-Mangyans. We heard other Filipinos ordered (the digging up of bones) and then gave them to Kuentai,” said Lubag.

Caesar Dulnuan, a head of the Ifugao tribal group, said skeletons had vanished from the northern mountain community after the Japanese group began searching for the remains of war dead in the area.

“We don’t know who received the bones. There were a lot of people and they paid them 500 pesos (11.40 dollars)” per skeleton, he said.

The looters said they were paid by others to bring bones to Kuentai, whose website says it is a “non-profit organization” seeking to repatriate the remains of half a million Japanese soldiers killed during the occupation of the Philippines.

In Tokyo, a senior Kuentai official denied allegations that his group and its local staff had been involved in stealing any bones or had paid money for remains.

“We have heard some people were arrested for trying to bring stolen bones to us,” Kuentai secretary general Usan Kurata told AFP in a telephone interview.

“As far as we know, we have not received any stolen bones. We have already reported this to the welfare and labour ministry,” he said, adding that the government is expected to announce soon the outcome of its enquiries into the issue.

Japan’s Kyodo news agency said Kuentai was officially tasked by the Japanese government in 2008 with collecting the remains of Japan’s war dead in the Philippines.

It said around 500,000 Japanese soldiers died in the country during WWII, with the bodies of around 380,000 yet to be recovered.

Koji Nakamura, a spokesman for a group of Japanese war veterans and their relatives, urged the Philippine government to investigate.

“If this is true, it is unscrupulous and profane,” Nakamura told the news conference.

He said Kuentai had not checked whether the remains were those of Japanese soldiers, emboldening impoverished residents to dig up and sell Philippine bones.

“All they need is an affidavit from some Filipino people, saying ‘We found these Japanese bones here and there,’ and have it signed by a village official so the Japanese government has no reason to doubt them,” he said.

The bones were later cremated and sent to Japanese national cemeteries for burial, making it impossible to bring them back, Nakamura added.

Nakamura said Philippine National Museum staff had taken part in Kuentai’s retrieval programme but told him they had no way of checking if the bones were Japanese.

Officials from the National Museum’s cultural properties section told AFP that staff members who took part in the Kuentai project were unavailable for comment on Wednesday. 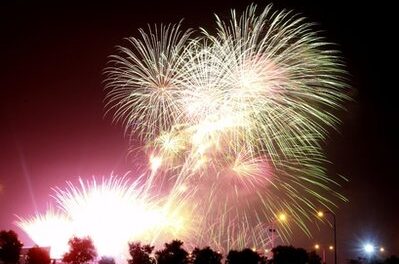