MANILA, July 29 (Mabuhay) — The Philippines announced its first case of monkeypox on Friday, nearly a week after the World Health Organization declared the infectious disease a global health emergency.

The case was detected in a 31-year-old Filipino who arrived from abroad last July 19, according to Health Undersecretary Beverly Ho, who serves as the Department of Health’s alternate spokesperson.

The patient, who had prior travel histories in countries with documented monkeypox cases, was tested and confirmed positive for monkeypox via RT-PCR on July 28, Ho said.

“Case has been discharged well and is undergoing strict isolation and monitoring at home,” she told reporters.

Ten close contacts, with 3 in the same household, were identified with no symptoms so far, Ho added.

The DOH earlier said it was ready to detect the virus and was looking into procuring smallpox vaccines that also work against monkeypox.

The agency will have to secure compassionate special permit for the jabs as the law only allows granting of emergency use authorization to COVID-19 vaccines.

A surge in monkeypox infections has been reported since early May outside the West and Central African countries where the disease has long been endemic.

WHO chief Tedros Adhanom Ghebreyesus said Wednesday that more than 18,000 cases of monkeypox have now been reported to WHO from 78 countries, with 70 percent of cases reported in Europe and 25 percent in the Americas.

Five deaths have been reported in the outbreak since May, and around 10 percent of those infected end up in hospital to manage the pain, he said.

The first symptoms of monkeypox can include a fever, headaches, sharp muscle pains, fatigue, a rash, as well as swollen and painful lymph nodes.

Around 1 to 3 days after the appearance of a fever, a rash can turn into painful, fluid-filled skin lesions. After a few days or weeks, the lesions or sores turn into scabs, before falling off.  (MNS) 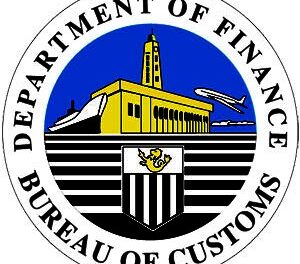 ‘Hasaan Ng Tulaan’: A Night Of Philippine Culture And Poetry