MANILA, December 6, 2010 (AFP) – The Philippines has become the call center capital of the world, overtaking India as the number one player in the global business outsourcing market, according to industry data and the government.

President Benigno Aquino has led celebrations in recent weeks as it has become increasingly clear that the Southeast Asian nation has become the world’s dominant player in the outsourced back-office operations industry. 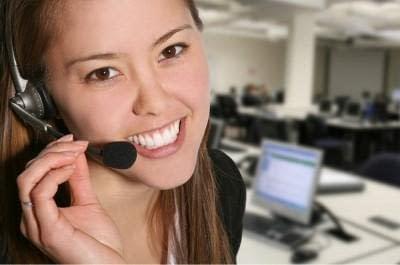 “In the past decade, the (growth in the) industry in the country has been nothing short of exceptional. From a virtual non-entity in 2001, your sector has earned sunshine industry status,” Aquino said.

At an opening of an IBM outsourcing centre in Manila last week, Aquino forecast that the industry’s revenues would hit 12-13 billion dollars next year, rising to 100 billion dollars by 2020 for a fifth of global market share.

A report from IBM released in October said the Philippines had this year passed India as the global leader in business process outsourcing in terms of the number of people each country employed in the sector.

“For business support functions… the Philippines has taken over the lead in the global ranking from India, after having challenged the top position for several years,” the report said.

The IBM report did not present exact figures on how many people each country employed in the outsourcing industry.

The president of the Contact Center Association of the Philippines, Benedict Hernandez, also said the Philippines had more than half a million people working in call centres and related services compared with 330,000 in India.

Hernandez said the Philippines, a former US colony, had an advantage due to its workforce being made up of English speakers who had accents and a culture that is closer to those of many Western callers.

“The market over the years has generated a preference for the Philippines, especially the US market. There is more cultural affinity and the language is more attuned to the US,” Hernandez told AFP.

Uy said even Indian companies were setting up call centres in the Philippines to take advantage of the Filipinos’ cultural links to the West.

“Many of these Indian companies do outsourcing work for US companies and their US clients say they prefer doing business with Filipinos so rather than lose those clients, they to move to the Philippines,” Uy said.

Tata Consultancy Services, one of the Indian giants in the industry, announced Monday it had launched a business process outsourcing operation in Manila, its first in Southeast Asia.

While business process outsourcing has been dominated by call centres — where hundreds of workers handle phone calls from customers abroad — the sector now covers a wide area of services.

These include logistics, finance, accounting and software research and programming, computer-aided design, animation and graphic design.

Local industry groups conceded that India still had a huge lead in the more complex outsourced services such as engineering, software design and programming.

But the Philippines is not standing still in that area either.

“Foreign companies come here for voice work and then they realize the people they are hiring are capable of doing other work as well,” said Gillian Virata, research director at the Business Processing Association of the Philippines.

Any services that can be done in the back room of an office are being outsourced to the Philippines, she told AFP.

The country’s surplus of nurses and other medical professionals can also be harnessed for the outsourcing of health care services such as hospital billing, management of medical health records and “aftercare” of patients, Virata said.

“We have a lot of medically trained people who can do anything that can support hospital operations,” she said.

The industry is especially important to the Philippines as there are so few other sectors in an economy that has for decades underperformed, capable of employing qualified people.