MANILA, April 14, 2011 (AFP) – The Philippines said Thursday it had lodged a formal protest at the United Nations over China’s claims to the Spratly islands and adjacent South China Sea waters.

The newest controversy in the decades-old multilateral dispute centres on formal notes sent by China to the UN secretary general in 2009 outlining the basis of its claim, foreign ministry spokesman Ed Malaya said. 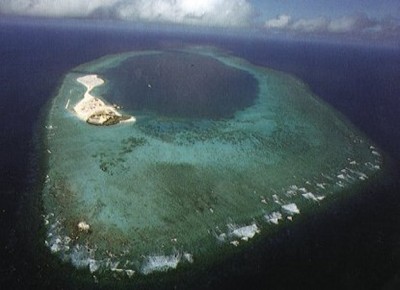 “Yes, we can confirm that the Philippines filed a note with the UN expressing its position on the nine-dotted line,” he told AFP, referring to a map attached to the Chinese letter that delineated China’s claim.

The Philippines and China, along with Brunei, Malaysia, Taiwan and Vietnam, claim all or part of the Spratlys, which are believed to sit on vast mineral resources.

The Philippines later announced plans to pursue oil exploration in the South China Sea and to upgrade a military airfield on Thitu island.

Thitu is the largest of the seven Spratly islands that the Philippines occupies. The Philippines claims more than 50 islands in the archipelago.

China has recently reiterated its exclusive claims to all the disputed areas and their adjacent waters, much of which is closer to Philippine land than Chinese.

A copy of the protest sent by the Philippines to the UN on April 5 and seen by AFP on Thursday said the Chinese notes were in reaction to Vietnam and Malaysia’s own letters to the UN outlining their rival claims.

The protest said the Philippine-claimed section of the Spratlys, which Manila calls the Kalayaan island group, was an integral part of the Philippines.

“The claim (by China)… outside of the aforementioned geological features of the (Kalayaan island group) and their ‘adjacent waters’ would have no basis under international law, specifically UNCLOS,” it said.

The term refers to the UN Convention on the Law of the Sea, on which the Philippines says its Spratly claim is based.

Back to School: Prepare Your Teen for the Road