“I believe we deserve (a) ratings increase (upgrade),” Purisima told a news conference before he flew to Japan with President Benigno Aquino to attend a summit of Pacific rim economies.

The ratings keep the cost of borrowing high in a country that has struggled to expand its narrow revenue base. The government expects the national budget to be in deficit for the next three years.

Purisima said he had met Moody’s, Standard and Poor’s and Fitch representatives to discuss the issue, and they explained their reasons for the poor ratings.

“They do have valid concerns on the revenue to GDP (gross domestic product) ratio and the debt to GDP (ratio), but it’s improved and it continues to improve,” he said.

He also pointed out these concerns were offset by the Philippines’ balance of payments surplus, the falling ratio of its foreign debt to its economic output, and continuous economic growth over the past 45 quarters.

“Our vulnerability is much less,” Purisima said.

“I am confident that if we just focus on what we can do and (keep) on doing our job, working on the fundamentals, that (a ratings upgrade) should happen.” 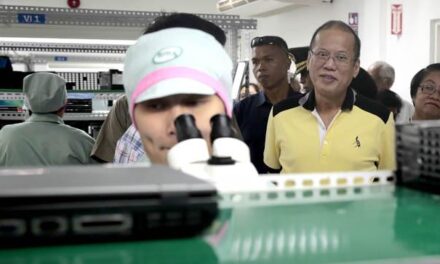