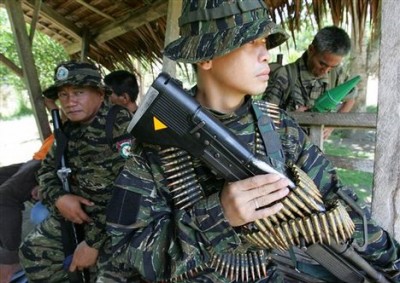 Chief government negotiator Marvic Leonen said he came away convinced after the first round of negotiations in Malaysia that the end was in sight for a rebellion that officials said had claimed up to 150,000 lives.

The meeting is scheduled to reconvene on March 29 and 30, Leonen told a news conference.

The attacks were in retaliation for a Supreme Court decision outlawing a proposed land deal that would have given the rebels control over what they claim as ancestral lands on Mindanao.

The attacks, which forced the suspension of the peace process, left nearly 400 dead and hundreds of thousands displaced.

Permanent residency through marriage to a US citizen spouse

It’s presidency or nothing once Duterte decides