MANILA, January 15, 2011 (AFP) – The Philippine government and a human rights group on Saturday hailed a US court decision awarding compensation to victims of the dictatorship of Ferdinand Marcos as a symbolic victory.

The US decision, awarding about $1,000 each to some 7,500 victims of Marcos-era abuses, would provide some vindication more than 20 years after the dictator was toppled from power, a government official said. 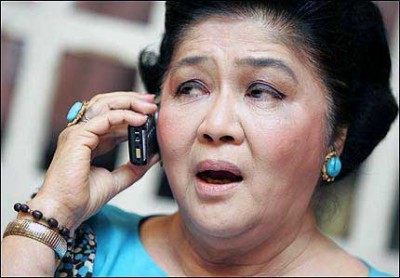 “We welcome (the decision) insofar as it puts closure to decades-long wait of the claimants in this case. It is a vindication for a wrong that was done to them,” said President Benigno Aquino’s spokeswoman Abigail Valte.

Father Dionito Cabillas, secretary-general of SELDA, a victims’ organization which originally brought the case, said: “It is small but it is a symbol of justice, a symbol of triumph for the sickly and ageing victims of the Marcos dictatorship.”

A US federal judge in Honolulu earlier this week approved the distribution of $7.5 million as part of a settlement to those tortured, detained and killed under Marcos.

The money comes from assets held in the US by a crony of Marcos, in whose name the dictator allegedly bought land in Texas and Colorado.

Marcos, who came to power in 1965 and declared martial law in 1972, used such cronies to plunder state coffers and stash his money abroad until he was overthrown by a popular revolt in 1986.

Marcos fled to exile in Hawaii and died there in 1989 but members of his family have returned home and regained some measure of influence.

Efforts to recover the stolen wealth of Marcos and his cronies have been complicated for years by the competing claims of the government and victims, and the legal tactics of the Marcos family.

Valte said the government was not a party to this latest case, adding that it was up to other official agencies whether to contest the US decision or not.

The head of a government commission tasked with recovering the Marcos wealth said that his agency was studying the issue.

“That (decision) does not prejudice the ability of the republic to go after these properties,” commission chairman Andres Bautista was quoted as saying in the Philippine Inquirer newspaper.

Cabillas said he hoped Aquino would order government agencies not to block the victims from receiving their payments.

“The pleading of the victims is to let justice be served to them, no matter how small, so they can have some kind of satisfaction,” he told AFP.

President Aquino is himself the son of an opposition leader jailed and then murdered by Marcos soldiers. His widowed mother Corazon Aquino later led the revolt that toppled the dictator.

However Marcos’s shoe-loving widow Imelda and his son Ferdinand Jnr were elected to the legislature in the May 10 vote that brought Benigno Aquino to power, while a Marcos daughter won a provincial governor’s seat.

Spokesmen for the Marcos family could not be contacted for comment.

A Refreshing Twist on Traditional Guacamole