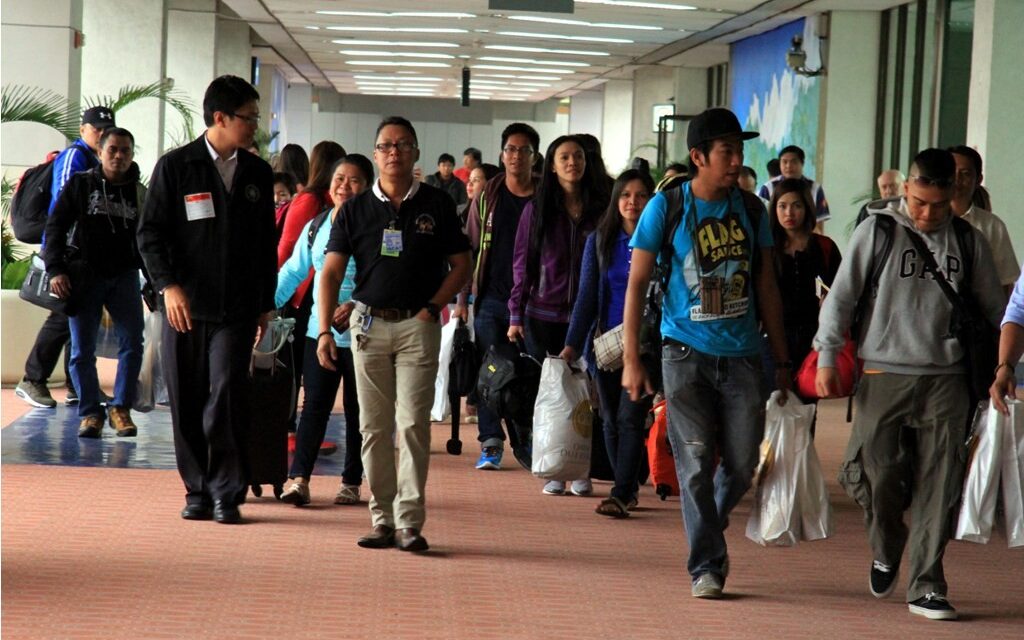 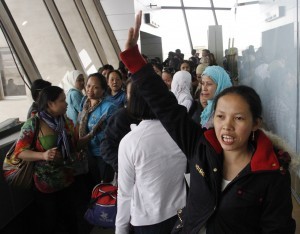 MANILA (AFP) – More than 400 Filipino workers who fled conflict in Libya arrived in the Philippines late Saturday following a three-day mass evacuation by air and sea.

The group, including 10 children, were picked up from the Libyan ports of Benghazi and taken to Malta by ship on Thursday, where they caught a chartered flight to Manila.

“Our mission is to ensure the safety of Filipinos who are caught in dangerous situations abroad,” Foreign Secretary Albert del Rosario said in a statement following the largest single evacuation of Filipinos in Libya’s latest bout of conflict.

“I saw a plane drop four rockets near where I worked,” Darrell Boncentron, a wooden rosary and cross draped on his neck, told AFP as he and 418 others stepped out of Manila airport.

The 26-year-old information technology worker said his workplace was transferred from Benghazi to the desert to shield the staff from harm just before the Philippines instructed all Filipinos in Libya to return home.

The foreign department said a second chartered flight with 347 workers who had boarded the chartered ship at the port of Misrata was to arrive early Sunday.

This would bring the number of Filipinos repatriated from Libya since last month at the government expense’s to 2,727, the foreign department said.

Since mid-July, Libya has been rocked by deadly inter-militia fighting for control of key facilities including Tripoli’s international airport.

Benghazi, its second city, has also seen battles between Islamists and the forces of a renegade general.

A Filipino construction worker was abducted and then beheaded by unknown suspects in Benghazi in the first few days of violence there, and a Filipina nurse was later abducted and gang-raped in Tripoli.

The first incident triggered the Philippine government’s decision to try and repatriate all 13,000 Filipinos in Libya.

However, about 10,000 Filipinos remained there, and officials have conceded many were reluctant to leave due to bleak job prospects at home.

The chartered ship had left Libya half-empty on Thursday, even though Manila warned it would be its last evacuation ship.

“I was able to save some money, but it was dangerous in certain areas there,” said Christopher San Gabriel, 33, who spent 13 months at another information technology company in Benghazi.

He told AFP he would settle for work in the Philippines if he could find one that would match his monthly Libyan salary of about $700.

The Philippines also evacuated thousands of its nationals from Libya amid the 2011 violence that eventually toppled the dictator Moamer Kadhafi.