PHL Consulate will transfer to new location in March 2015 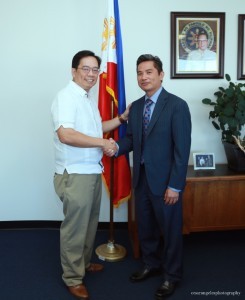 Los Angeles – The Philippine Consulate General is pleased to announced that it will move to a new location at 3435 Wilshire Blvd, Los Angeles, CA beginning the 1st week of March 2015.

The change of location that is four blocks from its present location is part of a wider effort of the Consulate towards delivering better client experience and enhanced image and representation of the Philippines in Southern California.

“At these times when the respect for our people and our country has increased considerably,” said Consul General Leo Herrera-Lim, “it is timely that we establish a presence in Los Angeles that matches up with that achievement.”

The Filipino community is one of the fastest growing communities in the Midwest region.  Based on the 2010 US Census, there is about one million Filipinos within the jurisdiction of the Philippine Consulate General in Los Angeles.

Watch out Mickey: Star Wars theme parks are not ‘far, far away’