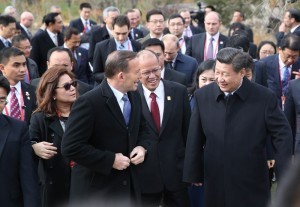 MANILA (Mabuhay) – The Philippines has a “plan B” in case a United Nations arbitral tribunal will decide it does not have jurisdiction over the Philippines’ case to protect its sovereignty over islands in the South China Sea (West Philippine Sea).

“We have a plan B, but we can’t disclose options at this time considering how sensitive this issue is,” Department of Foreign Affairs (DFA) spokesperson Charles Jose said in an interview.

Jose, however, said the country is confident the court will continue to hear the case’s merits.

He said going to the arbitral tribunal is the best option to resolve the issue with China, which had questioned earlier the court’s jurisdiction over the Philippine petition.

China has insisted the best way to solve the conflict is through bilateral talks.

“We’re hoping that the court will see this. We’ve been talking to China since 1995 when they illegally occupied Mischief Reef and even during the Scarborough standoff in 2012,” he said.

He admitted the country’s case is unique since it will be the first to be lodged before the tribunal with only one party in attendance.

China refused to be included in the arbitration.

“For us, since we are guided by the principles of peaceful settlements of dispute, the arbitration case it the best option,” he said.

Representatives from the executive, legislative, and judiciary will come together to support the country’s case before the tribunal, which will begin hearing the Philippines’ arguments from July 7 to July 13.

The delegation will head to The Hague, Netherlands to observe the oral arguments, which will delve initially into the arbitral tribunal’s jurisdiction in handling the case.

The legislative, on the other hand, will be represented by Senate President Franklin Drilon and House Speaker Feliciano Belmonte, Jr.

The judiciary, meanwhile, will be led by Supreme Court Justices Antonio Carpio and Francis Jardeleza.

Solicitor General Florin Hilbay will present the country’s case, together with lawyer Paul Reichler from the US firm Foley Hoag. (MNS)

Aquino expresses gratitude to China, Hong Kong for their understanding