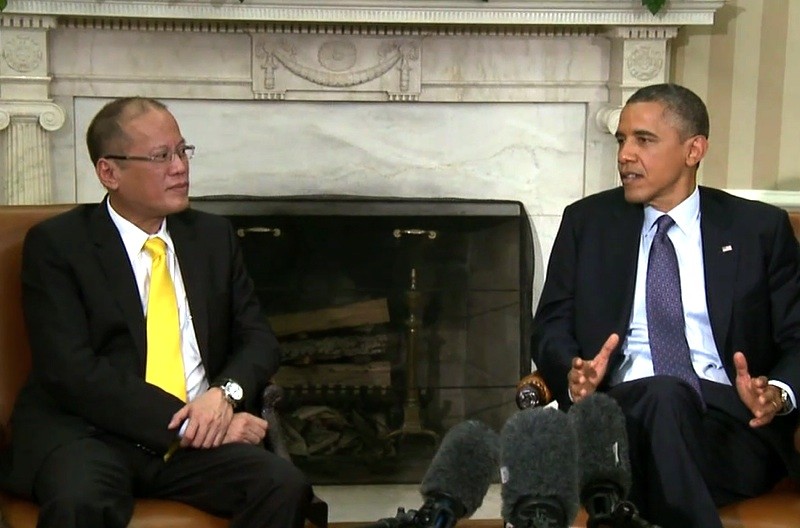 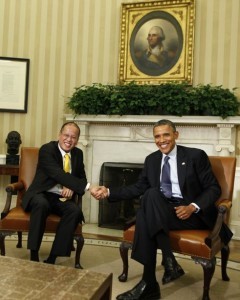 WASHINGTON, DC – JUNE 08: U.S. Secretary of State Hillary Clinton welcomes President of the Republic of the Philippines Benigno S. Aquino III, (R), during a luncheon at the Department of State, on June 8, 2012 in Washington, DC. Later today President Aquino is scheduled to meet with U.S. President Barack Obama at the White House. (MNS photo)

MANILA (AFP) – The Philippines said Friday it hopes to complete a new defense accord with the United States ahead of a visit by President Barack Obama this month, as a territorial dispute with China simmers.

The chief Philippine negotiator, defense undersecretary Pio Lorenzo Batino, said in a statement the latest round of discussions about an increased US military presence in the country was “very productive”.

“This round brought us much closer to finding full consensus and the draft provisions on key points of an enhanced defense cooperation will be submitted to the president for his review,” Batino said.

Philippine negotiators on Friday said the eighth round of talks on a proposed military agreement had seen both sides “finding consensus on key points of a draft”.

The agreement proposes allowing more US troops, aircraft, and ships to pass through the Philippines, as well as storing equipment in this country that could help mobilize American forces faster – particularly in the case of natural disasters.

The accord would provide “critical and timely support to the modernization of the Armed Forces of the Philippines (and the) achievement of the country’s minimum credible defense posture,” Batino’s statement said.

The deal would not allow the US military to “establish a permanent military presence or base” or bring nuclear weapons into the country, in line with the Philippine Constitution.

The proposed agreement could be signed before President Obama visits the Philippines this month, a foreign department spokesman said.

Washington has said Obama will visit the Philippines at the end of April as part of a four-nation tour of East Asia.

The United States had two large military bases near Manila until 1992, when it gave both up amid growing anti-US sentiment and a rental dispute.

However the Philippines has been seeking greater US support in recent years after China began asserting its claim to disputed territory in the South China Sea.

China claims almost all of the strategically important body of water, even up to the coasts of its neighbors.

The Philippines has responded by filing a case with a United Nations tribunal to challenge China’s territorial claim.

China has refused to participate in the case and has warned that the Philippines’ action has “seriously damaged” bilateral ties.

Israeli experts arrive in PH to help in vaccine rollout