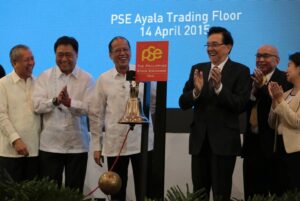 MANILA (Mabuhay) — Prices of consumer goods are likely to accelerate at a slower pace below 1 percent this month, according to a Department of Finance (DOF) official.

Inflation could tumble to an all-time low of 0.5 percent from 0.6 percent in August and 4.4 percent a year earlier, Finance Undersecretary Gil Beltran said in an economic bulletin on Monday.

“The slow rise in prices is tempered and will continue to be tempered by tamed food price changes,” Beltran noted.

Prices of food and non-alcoholic beverages are expected to increase by 1.1 percent, around seven times lower than the 7.4 percent in September 2014.

“Low prices of other basic commodities such as fuels and transportation continue to benefit from developments in the international market,” Beltran added.

The 17 percent decline in electricity rates the Manila Electric Company implemented for September is also expected to help ease the pace of price movements during the month.

“It is important that the gains in taming food inflation not be undermined by the impending El Niño phenomenon,” Beltran said.

Measures such as the repair of irrigation systems, early importation of rice and cloud seeding operations should be in place to address the possible impact of the looming El Nino on agricultural production and hydro-electric power generation, the Finance official added. (MNS)

Stay on Track to Your Destination With Regular Tire Maintenance