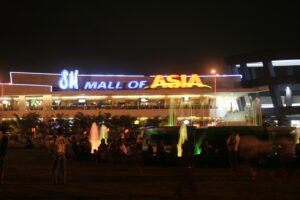 SM Prime, which operates Mall of Asia in Pasay City and owned by the richest man in the Philippines, plans to invest $4.5 billion over the next two years locally and in China, the company said Tuesday.

About $449 million would be spent in China each year, company officials told reporters on the sidelines of its annual stockholders meeting.

The company, which has 50 malls in the Philippines and five in China, posted a net profit of 18.39 billion pesos in 2014, up 13 percent from the previous year, its annual report said.

Apart from the malls, SM Prime has also built 25 condominium projects with more than 69,000 units, four major office buildings and four hotels, all in the Philippines.

It will be opening at least four malls in the Philippines and expects to open a new mall in Tianjin, China this year.

The company started as a shoe store in Manila in 1958, founded by Henry Sy Sr. who still serves as SM Prime’s chairman emeritus and is listed by Forbes magazine as the richest man in the Philippines.