‘Hardwork’ pays off as more carriers poised to fly to US

A Filipino man is reflected on a window while he takes a nap while waiting for his Philippine Airlines flight bound for the Philippines. PAL and other Philippine carriers have just been allowed to increase flight frequencies or establish new routes to US, which has recently removed the Philippines from its so-called aviation blacklist. Photo: Rhony Laigo/Los Angeles International Airport

MANILA, April 10, 2014 (AFP) – The US Federal Aviation Administration has removed the Philippines from its air safety blacklist, Manila said Thursday, opening the door for its airlines to expand services to the United States.

The FAA decision comes after the European Union in July 2013 lifted its own ban on flag carrier Philippine Airlines after it upgraded safety standards.

“From one major achievement to another in a span of less than two years, the country has made great strides in enhancing its aviation industry to one that is at par with the best in the world,” Transportation Secretary Joseph Abaya said in a statement.

The upgrade will have a significant impact on the country’s economy, boosting tourism, trade and business relations, he added.

The FAA put the Philippines on its “Category 2” blacklist in 2008, saying it had failed to comply with international safety standards.

Philippine Airlines (PAL), the country’s only carrier with flights to the US, had been allowed to continue services but under heightened FAA surveillance.

In a separate development on Thursday, the EU lifted the ban on the Philippines’ budget carrier Cebu Pacific from flying to EU member nations.

“We welcome this development, a testament to Cebu Pacific’s commitment to safety and full compliance with the international aviation safety standards,” said the president of the upstart airline, Lance Gokongwei.

The EU ban on PAL had been lifted last year.

Philippine aviation agencies have been reforming administrative procedures and increasing monitoring of airlines and aircraft.

A letter from the FAA, released by the Civil Aviation Authority of the Philippines, praised “the hard work completed by your government on the safety oversight system”.

The FAA website said it had raised the Philippines from a “Category 2” rating back to “Category 1” following a March 2014 review which found that the government now complies with International Civil Aviation Organisation standards.

As a result of the safety upgrade, other Philippine carriers can now fly to the United States while PAL can add routes and increase flight frequencies.

PAL president Ramon Ang said his airline,which already flies to Los Angeles, San Francisco and Honolulu, had prepared aircraft that could service the US east coast but did not say when they would begin flying there.

Gokongwei also said Cebu Pacific was “currently examining all our options to Europe” to cater to the estimated one million Filipinos working there. 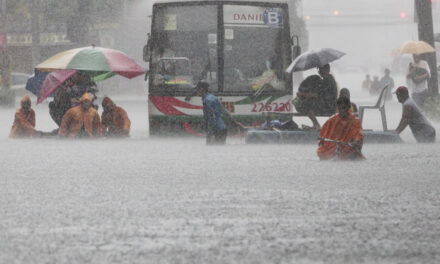