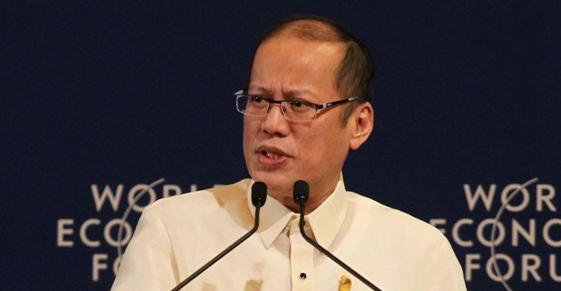 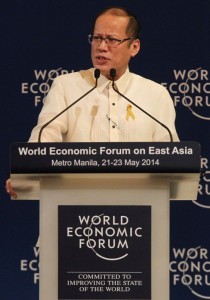 President Benigno S. Aquino III delivers addresses the 23rd World Economic Forum on East Asia (WEF-EA) 2014 Opening Plenary at the Tacloban A & B, 2nd Floor, of the Shangri-la Hotel in Makati City on Thursday (May 22, 2014). With theme: “Leveraging Growth for Equitable Progress.” The meeting will serve as an ideal platform for participants to deliberate the opportunities of the ASEAN Economic Community to promote greater inclusion across East Asia and to instill more resilient decision-making in the face of unpredictable economic and natural disruptions. More than 600 leaders from business, government, civil society and academia will participate, representing over 30 countries. (MNS Photo)

MANILA (Mabuhay) – The Department of Foreign Affairs (DFA) denied on Monday that the Philippine government is engaged in espionage after a Filipino was sentenced to death in Qatar for allegedly committing the said offense.

Two other Filipinos charged for the same crime were meted life imprisonment by a lower court in Qatar.

“We categorically deny that we are engaged in espionage,” Foreign Affairs Spokesman Charles Jose told reporters in a text message.

The men, according to reports, were charged with providing information “to intelligence officials in the Philippines about Qatar’s aircraft, weaponry, maintenance and servicing records, as well as specific details about the names, ranks and phone numbers of staff members.”

Jose said the Philippine government has raised this issue in several high-level meetings with Qatari officials.

He did not provide the identity of the three Filipinos, but said the one sentenced to death was an employee of a state-owned company while the two others were technicians in a military base.

Their case is on appeal, while representatives from the Philippine Embassy in Qatar have been communicating with the legal counsel of the accused and their relatives.

Philippine officials, Jose added, are conducting jail visits and facilitating the regular visits of the families of the accused Filipinos.

“Our Embassy in Doha has been tireless in its efforts to extend the necessary assistance to the Filipinos who are facing espionage charges in Qatar,” Jose said.

“We will continue to closely monitor this case and extend assistance to the accused Filipinos and their families.” (MNS) 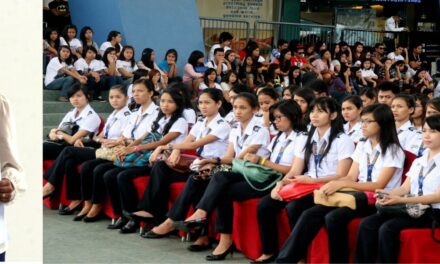