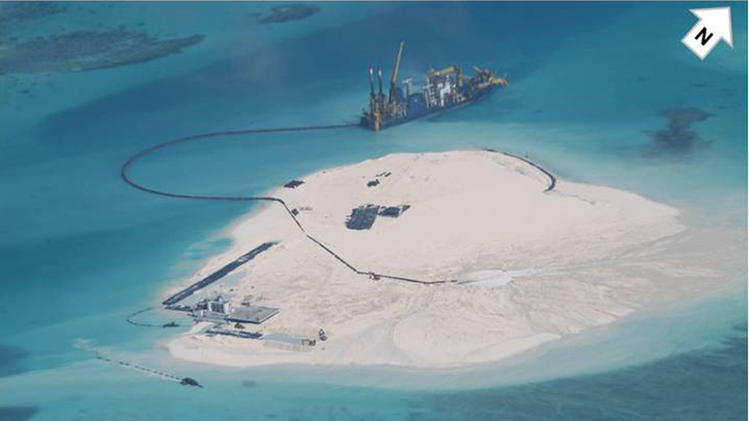 Foreign Affairs Secretary Albert Del Rosario said the DFA sent a note verbale to China on October 10 regarding its reported construction activities, including the building of an airstrip, on Fiery Cross or Kagitingan Reef.

“We looked at our records and discovered that a note verbale has already been sent,” he told reporters at the sidelines of the DFA’s budget deliberations in the Senate on Tuesday.

“We were protesting the activity,” he said in an ambush interview.

The Philippines includes Kagitingan Reef within its territory as part of the Kalayaan Group of Islands. China, meanwhile, claims almost the entire South China Sea as its own, covering territories claimed by the Philippines, Malaysia, Vietnam, Brunei, and Taiwan.

The Philippines has filed a case against China before a UN arbitration tribunal concerning the territorial row.

It is said to be China’s first military airstrip in the Spratlys aimed at asserting its sovereignty.

China’s Foreign Ministry has defended the project as enabling Chinese citizens working there to “better perform international obligations in terms of search, rescue and other public services,” the Associated Press reports.

“It makes having a code of conduct all the more important,” said DFA spokesperson Charles Jose. “The Philippines is working very closely with ASEA for the early conclusion of a legally binding code of conduct, which will govern the behaviour and actions of all claimant parties in the South China Sea.” (MNS)

Molnupiravir not an alternative to vaccines vs. COVID-19, says exec