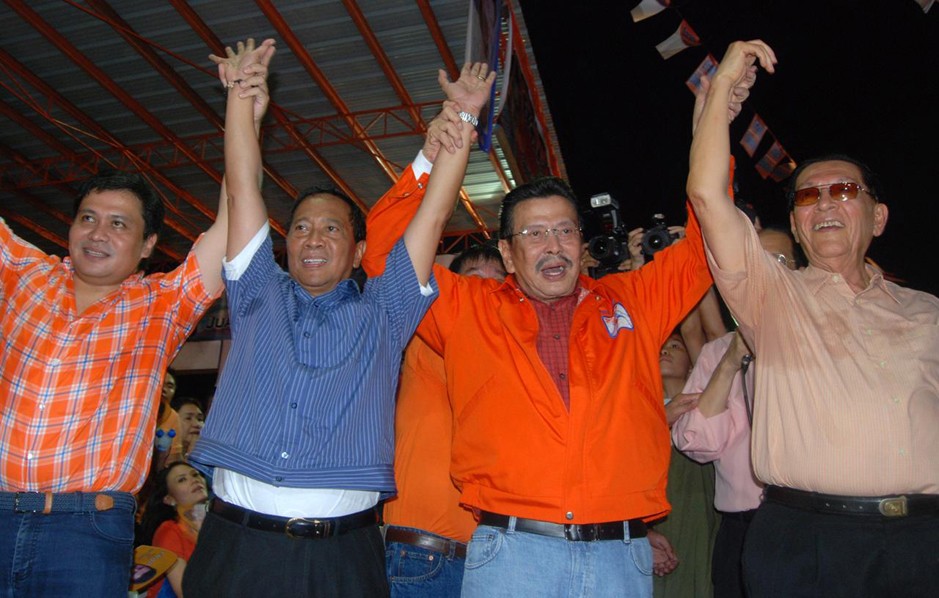 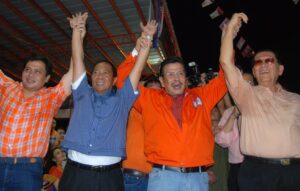 MANILA, (AFP) – The Philippines on Saturday said it was preparing to arrest three powerful senators after an anti-graft court indicted them in a massive corruption scandal that has riveted the nation.

The three, who include a son of former president Joseph Estrada and a 90-year political survivor who enforced martial law under dictator Ferdinand Marcos, are accused of channeling millions of dollars of public funds into bogus organizations in return for huge kickbacks.

President Benigno Aquino took office in 2010 vowing to fight the massive corruption that has long weighed down the Southeast Asian archipelago.

Justice Secretary Leila de Lima, whose investigators prepared the case against the opposition senators, said she was confident they had enough evidence.

“We are confident that there is enough evidence to support conviction and we continue to strengthen the evidence,” she told AFP.

The evidence included testimony from whistleblowers involved in the alleged corruption and documents from government agencies showing that funds were syphoned off, she added.

If convicted, the three could face life in prison.

Enrile, 90, has outlasted four previous presidents and was chief enforcer of martial law under Marcos in the 1970s.

Estrada, 51, is the son of former president and movie star Joseph Estrada while Revilla, 47, is a showbiz star as well as the son of another movie star-turned-senator.

De Lima said the executive branch was awaiting word from the court on when to arrest the three, adding that this could come within two weeks.

She denied there were political overtones in the case, saying the evidence simply pointed to the trio.

Five of their staffers and a businesswoman, Janet Lim-Napoles, who allegedly masterminded the scam were also indicted.

The three senators with the help of their aides and Napoles are alleged to have allocated millions of dollars from their official “pork barrel” funds to bogus non-government organizations which then gave them huge kickbacks.

Aquino’s spokeswoman Abigail Valte said the indictments were just the start and that more people would eventually be named in the massive corruption scandal that has riveted the nation for months.

The accusations, which surfaced last year, triggered a firestorm of outrage over the “pork barrel” system whereby legislators get huge amounts of money which they can use on pet projects.

Thousands marched in protested against the practice, which the Supreme Court outlawed in November.

Other officials have also been named as involved in the scandal including allies of Aquino.

Spokesmen for the three senators could not be contacted for comment but Estrada and Revilla were quoted by radio station DZMM as saying the charges were unfair.

“They want (Aquino) to be able to say that he jailed three senators as part of his anti-corruption drive,” said Estrada.

Valte told reporters that the executive branch, which would be in charge of arresting the three, would respect the Senate and would not have the senators arrested in the Senate building.

Meanwhile, sources in the national police headquarters said that space was being cleared at a special “custodial centre” for high-profile inmates to make way for several big-name arrivals.

However it should ideally hold only 60 inmates, the sources said.