A man arranges his peso bills inside a currency exchange shop Friday, Nov. 9, 2007, in Manila, Philippines. The dollar closed Friday at 42.795 pesos, where the peso rose to a new seven-year high on prospects of further U.S. interest rate cuts and likely increases in remittances from Filipinos overseas. (AP Photo/Pat Roque)

Other manufactures, the second top export earner, slipped by 12.2 percent to $376.28 million in April from $428.4 million a year earlier.

Six out of 10 major commodities were mainly responsible for lifting export earnings in April year-on-year, which included processed food and beverages, other mineral products, machinery and transport equipment, ignition wiring set and other wiring sets used in vehicles and aircrafts and ships. Woodcrafts and furniture, articles of apparel and clothing accessories were also a higher, according to NSO.

Total merchandise exports in the four months to April increased by 5.4 percent to $18.859 billion from $17.894 billion a year earlier.

Japan remains the top buyer of Philippine products, which accounted for 20.7 percent of total shipments, followed by the US at 16.2 percent and China at 12.6 percent. (MNS) 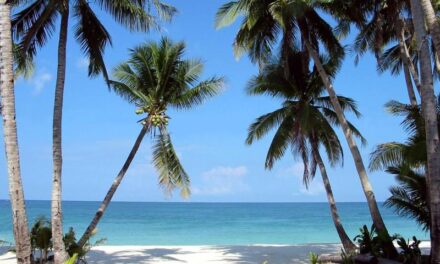