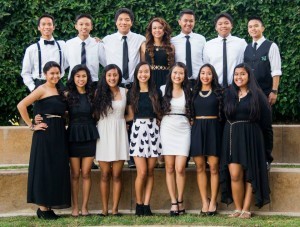 Twenty seven years after it debuted as the Pilipino Cultural Night as a vehicle to create awareness, nurture and propagate the Philippine culture among high school students in Southern California, four  high schools of the ABC School District have banded together again to stage its 30th  edition on March 22, 6 p.m. at  Lakewood High School,

Three years thereafter since 1987, Whitney’s Fil-Am students spearheaded by 15 club cabinet members organized the PCN as a cultural program to encourage the students to connect to their roots and learn more about their rich Filipino heritage. Since then, this Filipino cultural extravaganza soon caught fire. Other high schools in the school district took part in this tradition, among them Cerritos High School,  Artesia High School and Gahr High School.

This cultural showcase is categorized into several main suites which start with Maria Clara then transitioned to Regional, Muslim Mountain and Rural.

“Every year, we infuse innovations and variations to our folk dances to be different from previous years. We do our research and then meticulously choreograph these folk dance routines and eventually teach our peers,” shared Ann Munoz, president of Whitney High School’s Club Kaibigan who is leading  this year’s cultural show. Whitney High has a  reputation as a “nationally recognized school of excellence.”

“Our organization is a testament to the power of neighborhood solidarity. The night is a culmination of the efforts of over 100 people who have all worked together to make the Pilipino Cultural Night a success,” chimed in two other Co-Vice Presidents and Co-Dance Troupe Coordinators Cyrus Salvani and Carlo Salonga.

An authentic Filipino rondalla will perform as the ensemble will dance their routines that will somewhat approximate the world-famous Bayanihan Dance Company.

To deviate from purely Philippine cultural show, the up and coming Filipino Band DRH Band headed by Ruben Cuatrona will perform some popular songs of Justin Timberlake like “Mirror”

One thing is certain to emerge from this Pilipino Cultural Night. Student participants  who were interviewed said, “We hope to keep this on-going tradition alive for future high school generations to come and to allow them to be able to find connections and appreciation of their Filipino heritage through song and dance.”