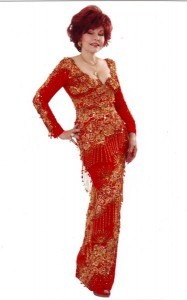 In entertainment, there are artists that are superbly stellar, and Pilita Corrales is one of them. She has the distinction of being the first female artist to top the Australian pop music charts long before Kylie Minogue and Olivia Newton-John did.

At the 1st Tokyo Music Festival in the ‘70s, Pilita even defeated Olivia Newton-John as the Best Performer.

Many years and countless accolades later, the one and only Asia’s Queen of Songs continues to be well-loved for her works, humor, and genuine good nature, not just by audiences, but by her fellow artists. No wonder why they are more than happy to collaborate with her, just like in her latest album called “Duets.”

When Viva’s Boss Vic Del Rosario commented that it’s been a while since Pilita last released an album, she raised the idea of coming up with a Visayan album. But to her surprise, Boss Vic had something better in mind. “He said, ‘Mag-‘Duets’ album ka na lang with all the icons in the music industry,” Pilita recalled. “And I said, ‘My God, definitely!’”

Whatever concerns she had about the difficulty in the scheduling of the artists were assuaged when Boss Vic said, “We can do it.”

“So I’m very happy that it happened,” she beamed.

With Martin Nievera, Basil Valdez, Vic Sotto, Chad Borja, Sharon Cuneta, Regine Velasquez, Joey Albert, The Company, and Sarah Geronimo on board, the next step was to select the songs.

“What Viva did was to ask the artists what songs they’d want to do with me… I suggested a few also, but actually it was more them. Like Basil, he chose ‘Kapantay ay Langit’,” she shared.

Chad Borja, Pilita’s fellow Cebuano, chose the song “Usahay” (which means “Sometimes”) to give the album a Visayan touch. Pilita revealed that doing the second voice for this love song was particularly challenging, but the result is going to be a real treat for listeners.

Her duet version of “Pagdating ng Panahon” with The Company is likewise something no one has ever heard before. The song’s arrangement has a jazzy feel to it and there’s the addition of Spanish lyrics she wrote herself. True to the message of this song composed by the band’s very own Moy Ortiz, the lines she added speak of devotion. “The gist is someone saying ‘I’ll wait until you realize that I’m here,” she said.

Comedian Vic Sotto graciously accepted Pilita’s invitation for a duet when she approached him during their taping of “Ang Vampire Kong Daddy,” a sitcom shown on GMA. Vic’s hit composition, “Ipagpatawad Mo” was the first song she recorded.

The “Queen of Songs” teams up with Concert King Martin Nievera in the song “Ikaw Lang ang Mamahalin,” and Pop Princess Sarah Geronimo in “Forever’s Not Enough.” Having a duet with these two other music royalties, Pilita said, “Who knows when this will happen again?”

“Kahit Maputi Na ang Buhok Ko” is the song shared with the Megastar Sharon Cuneta, while “You Are My Song” and “Tell Me” are her collaborations with Asia’s Songbird Regine Velasquez and Joey Albert, respectively.

Before “Duets,” all these songs used to be just something she would love to listen to. “I haven’t done these songs in live shows that I do. So this time I get to do it.”

Also included in the album is Pilita’s signature song, “A Million Thanks To You,” which she does solo.

As for the secret to her career’s longevity, she revealed it’s “being able to adapt yourself to change.” Indeed, she never fails to entertain her audience with new tricks in every show she does. She has tried rapping, “I do a lot of jokes also, and I do Lady Gaga in Tagalog,” she added.

Pilita and her guests will perform songs from the album in “Duets A Million Thanks,” a concert for the benefit of the Mare Foundation. This will be held at the Fiesta Pavilion of the Manila Hotel on November 13. (MNS)