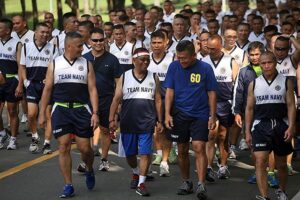 MANILA (Mabuhay) – Following the series of hearings on the alleged overpricing in the construction of the Makati City Hall Building II, Senator Aquilino “Koko” Pimentel III on Thursday said legislative ideas are being floated to fight corruption at the local level.

Pimentel, who chairs the Senate blue ribbon subcommittee looking into the controversy, disclosed this on Thursday during the resumption of the hearing into the matter.

“My interest in this investigation is principally legislative,” he said, adding that that he has a pending bill called Bigger Pie, Bigger Slice, which would bring more resources to local government units.

However, before this could be enacted, corruption must first be “minimized or eradicated,” he stressed.

Some of the ideas for legislative are:

removal or abolition of resident auditor system in the local government unit or the national government, to be replaced by raffle system of auditors to prevent familiarity

rotation of members of bids and awards committee to prevent familiarity

necessity of a law to define overpricing

enactment of law to inspect the construction of government buildings

enactment of Freedom of Information law to fight corruption

review and update the anti-dummy law, and

Vice President Binay, his son Makati Mayor Junjun Binay and 21 other other Makati officials are facing plunder charges in connection with the alleged overpricing in the construction of the Makati City Hall Building II.

In December,  a second plunder complaint was filed against the Binays. some former and current Makati officials and 10 executives of Hillmarc’s Construction Corp. over the alleged overpricing in the construction of the Makati Science High School.

Both complaints were filed by lawyer Renato Bondal.

The Binay camp has dismissed the complaints and the allegations against them as politically-motivated, claiming that these are intended to destroy the Vice President and diminish his chances in the 2016 presidential elections. (MNS)