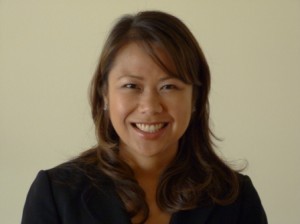 The Asian American Bar Association of Chicago will be installing Marion Victoria Cruz, Esq. as its 25th President during their black tie gala event on August 18, 2012.

Marion Victoria Cruz was born in Quezon City to parents Edwin Chito Cruz and Lolita Loreto Cruz.Â  She has two siblings – Tim and Anna Marie. She attended the University of California, Berkeley, where she received her Bachelor of Arts degree in 1999Â .

She worked briefly as a Financial Analyst at a real estate firm in Los Angeles butÂ further pursued an advanced degree in the field of law. She received her Juris Doctor certificate from the University of the Pacific, McGeorge School of Law in 2006.

That same year, she passed both the California and Illinois State Bar and was admitted to practice law in both states. She has also been admitted to the 7th Circuit Court of Appeals and the Distict Court of the Northern District of Illinois, where she is a member of the trial bar.

Currently, she is an Associate at the Cochran Firm in Chicago, Illinois where she practices civil litigation, wrongful deaths, catastrophic injury, complex torts and railroad (F.E.L.A) claims.

She has been named Illinoisâ€™ Rising Star by SuperLawyers in 2011 and 2012, the group that defines top attorneys in the state who are 40 years old or younger.

Sheâ€™s our Pinay pride in Illinois as well as California where her parentsÂ are based. Mabuhay Pinay!Â Â Â Â Â

New SAF chief to troopers: I am back home