Pinoys in US are outstanding immigrants 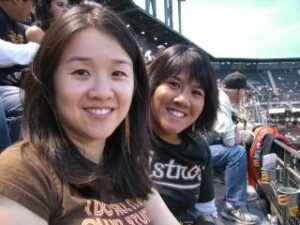 The Philippines was the fourth largest country of origin of immigrants in the United States in 2013. (Photo: Marianne Masculino courteys of http://www.migrationpolicy.org/)

If you live in the US, can you really say that you are proud to be Pinoy? You should be because Filipinos are outstanding immigrants. Well, it may not be something that you can say everyday, but you could say it loud through the most part of the year.

By the way, we are not tooting our own horn here. The affirmation about Pinoys being outstanding US immigrants was recently disclosed in an exhaustive report by the Migration Information Source (MIS), the online journal of the Migration Policy Institute. The report was written by Keith Mcnamara and Jeanne Batalova.

The report was accompanied by tables and a graph that showed how we have been moving along here in the so-called “land of opportunities.”

Interestingly, folklore character Juan Tamad (Lazy John), which has been used by foreign and local rulers to explain away the root of poverty in the Philippines, was nowhere near the description of Filipinos in the US.

The MIS noted that Pinoys participated in the labor force at “slightly higher rates than both the overall immigrant and US-born populations.” In 2013, said the report, about 69 percent of Pinoys 16 and above were working in the civilian labor force. This is two percent higher than all immigrants which was determined at 67 percent, posting even higher than the employment rates among native born Americans which was pegged at 63 percent.

Filipinos were likely to be employed in management, business, sciences and arts occupations. And of course, almost without a need to mention, is our prevalence in the health care industry in the professions that range from doctors, dentists, nurses, physical therapists, caregivers and almost any job that there is in this field.

In California alone, 20 percent of registered nurses are Filipinos.

These facts bear enough weight to bury the myth of Juan Tamad six feet under. A Filipino will work if there is work. Laziness is not a Filipino character.

And because we work hard, only seven percent of Pinoys in our community here live in poverty, as against 19 percent of all the immigrants and 15 percent of native-born population.
So, most Pinoys in the US are middle-class people…sort of. (Well, please don’t tell me that this where all the kayabangan is coming from.)

This is unsubstantiated, but in my mind I got this hint on why this is so: nurses.

But this fact from the source explains this better: “Filipino immigrants (age 25 and older) have much higher education rate compared to both the native and the foreign-born populations.”
In 2013, says MIS, 48 percent of Filipino immigrants reported achieving at least a Bachelor’s Degree, which was 30 percent only for native born and 28 percent for all other immigrant groups.
There is almost no argument here: Higher education equals good-paying job.

Because we are mostly involved in health care and mostly employed in good-paying jobs, it is not surprising that Pinoys are more likely to be insured through private health insurance. Seventy-three percent of Pinoys have health insurance as against 67 percent for native born and 50 percent for all immigrant populations. I bet you all felt good already. But I got some more numbers here from the MIS.

There are 1,844,000 Filipino immigrants, or 4.5 percent of the total immigrant population in the US which stands at 41.3 million. The US is a little over 320 million. “Since 1990, the Philippines has been consistently among the top five countries of origin, and was the fourth largest in 2013.”

If we limit the numbers to immigrants of Asian origins, we’ll be the third largest immigrant group behind China and India, which are both very huge countries.
Without a doubt, the Filipino immigrant community in the US is both remarkable in terms of quantity and quality.

Now, are we even aware of our strengths as an immigrant community? Or, are we still trapped in the mistaken notion that we are just an insignificant minority? When are we going to harness these strengths wisely and forcefully for the benefit of compatriots and the homeland? The old adage says there is strength in numbers, but only if they are one voice.

Estrada: Past ‘inefficient governance made Manila the gates of hell’