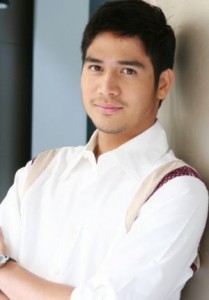 Piolo said that in as much as he wants his son to focus on his education in the United States, Iñigo wanted to do the project as he plans to take up filmmaking in college.

At an early age, Piolo shared Iñigo’s showed particular interest in acting. He would often bring his son on the set of his projects.

But Piolo said Iñigo’s priority will still be his studies.

When asked about why he was quite hesitant to allow his son to join the show business, Piolo admitted that he has mixed feelings.

He said he is proud that Iñigo showed interest in his line of work but also scared for his son because, as how he put it, “it’s a cruel job.”

Piolo said he doesn’t want Iñigo to experience all the harsh criticisms he had been receiving from the public. The actor maintains that he’s only after his son’s welfare.

The actor then shared that as much as he wants to be alongside Inigo on his first acting foray, he doesn’t want to be labeled as a stage father.

He said he gives his critique after his son would film a scene and would often share advices on acting and show biz life.

“As much as possible ayokong maging stage father. Andoon lang ako nung first day nya and I let him do things on his own. Gusto ko matutuhan niya on his own,” he said.