TANAUAN CITY, Batangas (Mabuhay) – President Benigno Aquino III on Wednesday said his administration deemed the controversial Disbursement Acceleration Program (DAP) as legal because the Supreme Court tried to transfer funds from one government branch to another too.

The President said the SC transferred P1.8 billion from its savings in July 2012 to the Department of Justice for the Manila Hall of Justice.

He even read a portion of a resolution passed by the SC in 2012 requesting the Department of Budget and Management (DBM) to approve the transfer of another P100 million from judiciary funds to the DOJ.

The SC, however, backtracked on the fund transfers to the DOJ in December 2013, when the DAP was already being questioned before the high court.

Aquino already vaguely referred to these actions by the SC in a televised speech defending the DAP last week. He said these actions are even graver than the administration’s  controversial spending mechanism.

On July 1, the SC announced that it has declared certain acts under the government’s DAP as unconstitutional, including the declaration of unobligated and unprogrammed funds as savings, the transfers of savings from one government branch to another, and the funding of projects not stated in the national budget.

Malacañang has repeatedly said that the DAP was undertaken in good faith to boost the country’s economic performance.

The controversy over the DAP has prompted two groups to file impeachment complaint against President Aquino at the House of Representatives.

The first one was filed Monday by militant group Bagong Alyansang Makabayan and 27 other complainants. The next day, it was the turn of youth groups led by Youth Act Now to do so.

Both Bayan and Youth Act Now accused Aquino of betraying public trust and violating the 1987 Constitution for implementing the DAP. (MNS)

OCTA: NCR COVID-19 cases may be starting to peak 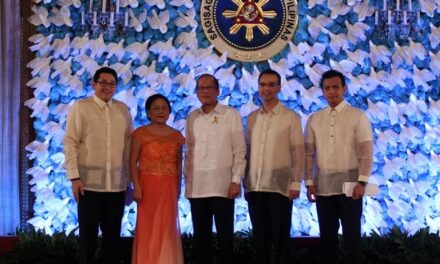