MANILA (Mabuhay) – Hundreds of members of the military and the police walked in unity along EDSA on Wednesday morning to commemorate their historic “convergence” 29 years ago.

The “walk of unity” also comes a month after the chaotic Mamasapano mission, which led to the deaths of 44 police commandos, members of the Moro Islamic Liberation Front, and several civilians.

Philippine National Police had earlier blamed the military for failing to provide immediate help to the police commandos already under attack from armed groups. The military insisted the Special Action Force failed to properly coordinate with them.

Different sectors of society are also commemorating the People Power revolt as a means to criticize President Aquino, whom they said has been wanting in explaining the national government’s role in the Mamasapano operations.(MNS) 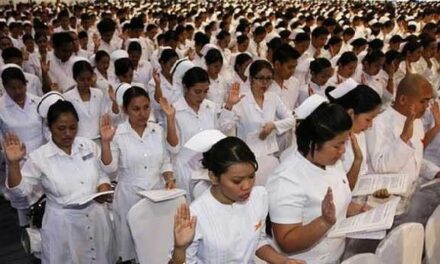