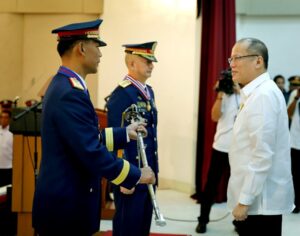 Through its Anti-Fraud and Commercial Crimes Unit (AFCCU), the PNP Criminal Investigation and Detection Group (CIDG) filed two cases of syndicated estafa on November 26 and 27 before the Quezon City Prosecutor’s Office and the Manila Prosecutor’s Office.

Investigation shows that the EmGoldex investment scheme has amassed hundreds of millions of pesos, mostly from young working Filipinos and overseas Filipino workers, according to the PNP.

The transactions were done mostly online through Facebook and other social media sites, the police claimed. “Crimes committed in cyberspace and through the use of information and communication technologies are imposed the higher penalties as mandated by the Cyber Crime Prevention Act of 2012,” it said.

According to the PNP, the respondents were incorporators of Prosperous Infinite Philippines Holdings Corp. which was registered with the Securities and Exchange Commission (SEC) in August to help Global InterGold (GIG) investors who were unable to get a return on their investment.

“The SEC maintains that both EmGoldex and GIG are not SEC-registered corporations,” the statement read.

“Initial investigation reports estimate that the EmGoldex investment scheme has amassed hundreds of millions of pesos mostly from young working Filipinos and OFWs, done mostly in online transactions thru Facebook and other social media websites,” it added. 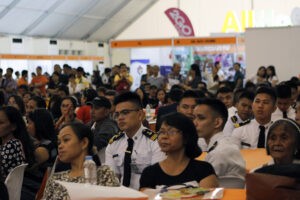 Overseas Filipino Workers (OFWs) attend the OFW and Family Summit at the World Trade Center in Pasay City on Thursday. The event, organized by Villar SIPAG (Social Institute for Poverty Alleviation and Governance) and Go Negosyo urged OFWs to save and invest their hard-earned money for the future.(MNS photo)

Other victims have also filed formal complaints with the Special Investigation Task Group (SITG) last month, detailing how they were victimized by EmGoldex, GIG and PIPHC.

The NBI is also expected to file more cases against the companies and their officials.

The SEC earlier filed a cease and desist order before the Department of Justice against EmGoldex, Global Intergold, and PIPHC for supposedly selling unregistered securities and operating without a license.

Each violation is punishable with a fine of not more than P5 million or imprisonment of seven to 21 years or both. (MNS)