The bill provides that the salaries of those occupying higher position, also in the elementary and high school levels, to be adjusted accordingly.

The initial funding needed to implement the proposed measure, the bill said, should be sourced from the savings of the executive branch of government and other possible resources that may be determined by the Office of the President.

“Subsequent funds needed shall be included in the General Appropriations Act for the year following the implementation of this Act,” it further said.

Poe pointed out that the salaries of public school teachers “do not compare favorably with other occupations in government as a duly licensed teacher occupying the entry level position of Teacher 1 earns P18, 549.”

The current pay of the teachers, she said, was also “unable to insure a reasonable standard of life for  themselves and their families.”

“According to the Alliance of Concerned Teachers, the family living wage in the National Capital Region, estimated at P957 per day or more than P21, 054 per month, which means that many teachers resort to borrowing from government financial institutions such as the Government Insurance System, private lending institutions, or loan sharks in order to cope with this living salary gap,” the senator said in her explanatory note of the bill.

This situation, she said, has pushed some of the country’s best teachers to seek better pay and working conditions abroad.

Poe also noted the  “huge gap” in salary levels of teachers in the country compared  with those abroad.

“Sadly, due to the low pay, many of our teachers migrate to work not as teachers but as domestic helpers, nannies or caregivers,”  the senator lamented. (MNS)

Sitting no worse for health than standing: UK study 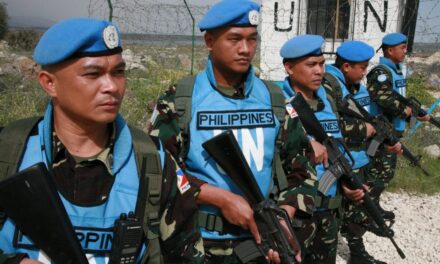