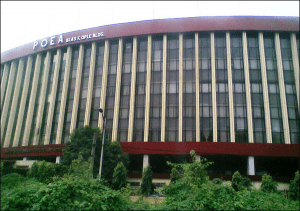 Secretary of Labor and Employment Rosalinda Dimapilis-Baldoz announced yesterday that the National Conciliation and Mediation Board and the Philippine Overseas Employment Administration (POEA) have forged a Memorandum of Agreement to provide conciliation-mediation services to overseas Filipino workers on employment-related concerns.

“This is an important development as far as the Single-Entry Approach [SENA] reform agenda is concerned. The combined effort of the NCMB and the POEA will make sure that the problems faced by many of our OFWs will be attended to with dispatch,” Secretary Baldoz said.

The SENA program is a reform measure meant to dejudicialize the labor dispute settlement system through the alternative dispute resolution (ADR) mechanism using the 30-day mandatory conciliation-mediation of all labor cases lodged in the different offices and attached agencies of the DOLE.

The MOA, which was signed at the recent 25th NCMB anniversary celebration, provides that the NCMB and POEA shall support one another in implementing the SENA program specifically in handling voluminous Requests for Assistance (RFA) filed by land-based and sea-based workers.

“POEA has been receiving large numbers of employment related RFAs from overseas Filipino workers that it has sought the help of the NCMB,” Atty. Ronda D. Malimban, officer-in-charge of Conciliation-Mediation Division of the NCMB said.

Under the agreement, the NCMB shall dispatch conciliator-mediators every Tuesday and Thursday to interview RFA filers at the POEA.

“The conduct of conciliation-mediation conferences for the RFA filer and responding party shall be handled by the same conciliator-mediator,” Atty. Malimban added.

In compliance with the agreement, the POEA hosted a one-day orientation seminar for NCMB officials, conciliator-mediators, and technical staff at its office in Ortigas Avenue, Mandaluyong City on February 19, 2013.

The seminar covered the discussion of common violations faced by OFWs, such as illegal exaction, misrepresentation issues, withholding of travel and work documents, failure to reimburse worker’s expenses, and other frauds committed against them. Process flows in the facilitation of complaints filed by OFWs at the POEA were similarly discussed.

Fil-Am nurse on bus ads gets to meet Obama