THE SIGHT of the luxury cruise ship Costa Concordia, listing on its starboard side after running aground in the tiny island of Isola del Giglio, Italy, sent shivers down my spine. It was the very ship our clan boarded in March 2008 for a Mediterranean cruise after the Lenten season. There were twelve of us in all,Â  six from my own family (Galang-PereÃ±a, who came from Manila) and also six from my in-lawâ€™s family (PereÃ±a-Abad, who came from California) who met up in Rome and boarded the 13-storey ship in Civitavechia. If this were the voyage we took, then our entire side of a rather small clan might have perished in a watery grave, as all the children with ages ranging from four to twenty-four from both sides were with us. 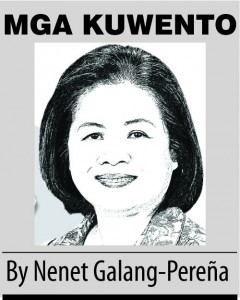 Ours was typical of the passenger list of any cruise– families and friends on a holiday– to savor a leisurely paced trip to the ancient ports of call in the picturesque countries of Europe. For us, these were Italy, Greece, Cyprus, Turkey and Egypt. We have gone on a previous cruise in Asia, and everything went smoothly and we expected this one to go likewise. With the state of the art technology and expertly trained crew, it did. So who would have thought that with all these standards of safety and attention to details, those who survived the Concordia would conjure a similar mishap caused by human error, that of the Titanic?
The Costa Concordia cruise ship slammed into a reef off the west coast of Italy, sending water pouring in through a 160-foot (50-meter) gash in the hull and forcing the evacuation of some 4,200 people from the listing vessel . The ship wreck occurred while the more than 3,000 passengers were having their first dinner on board that Friday the 13th a date dreaded by the superstitious among us, prompting Italian media to point out that the behemoth was destined for bad luck. At her launch in 2006, attended by the model Eva Herzigova, the bottle slung against the hull failed to smash.
The disaster regurgitated conflicting reports, especially from the blog sites. Some hurled invectives, calling Francesco Schettino captain coward, while an eyewitness Moldovan lady who stayed with him in the bridge to evacuate passengers called him captain courageous. The beleaguered ship commander, who was then under house arrest, initially gave media interviews, his curly locks tumbling askew and blue eyes clouding with despair as he recalled the evacuation proceedings, looking disconsolate and grief stricken. A taxi driver, who reported to Ansa news agency that he took the captain to a hotel the morning after the grim chaos, said:â€He looked like a beaten dog, cold and scared.â€
And he should be. The ship under his helm was one of the largest owned by Costa Crociere, Europeâ€™s largest cruise operator. Carnival Corp, its parent company, put the initial cost of the disaster at $85-95 million. But more than the material damage, the human cost is greater, with the trauma that will haunt those who survived and the irretrievable loss for those devastated by the death of their loved ones.
Mainstream andÂ  alternate media rose to the occasion toÂ  alleviate the grip of fear and uncertainty amongÂ  those whose lives were entwined by the fatal voyage. USA Today.com uploaded theÂ  translation of the transcript of the heated communication between Capt.Â  Schettino, and Capt. Gregorio De Falco of the Italian coast guard in Livorno. The latter was fuming at the former for abandoning his ship. Their encounter enthralled the world in the tale of two captains.
BBC News, quoting Nautilus International, a maritime union,Â  points out that the capsizing of the Costa Concordia has raised many questions about the safety of modern cruise ships:
â€œWe should seriously consider the lessons to be learnt and, if necessary, re-examine the regulations on the safety of large passenger ships in the light of the findings of the casualty investigation. In the centenary year of the Titanic, we have once again been reminded of the risks involved in maritime activities.â€
Jessica Soho, in her television program,â€œState of the Nation,â€ covered the arrival of the first batch of Filipino sea farers repatriated by Magsaysay Lines, the Philippinesâ€™ manning agency of Costa. It is notable that these workers were able to bring home video footages of the last hours of the sinking ship, chronicling their dedication to the welfare of their passengers, as they boarded the life boats only after the last passengers assigned to them have been secured.
Filipinos comprise the majority of Europeâ€™s luxury linersâ€™ crew. At the Costa Concordia, we got to know so many of them, and heard their heroic stories of enduring 10 months at sea, with homesickness badgering their resolve but not deterring their desire to bring home much needed dollars. Those who cleaned our cabins, cooked and served our meals, ran the myriad clubs, spas and sports facilities and performed for our entertainment at the Athena theatre and other discos and restaurants, endured the loneliness of exile for that good life we all desire for our family. This time, they had to put their lives literally on the line to ensure that the passengers they were sworn to serve came out of the keeling vessel alive. I just hope Costa Crociere chairman and CEO Pier Luigi FoschiÂ  will not forget these men and women, whose dreams were dashed along their Tuscan shore.
(Associate Professor Galang-PereÃ±a teaches Literature and Creative Writing at the Faculty of Arts and Letters, University of Santo Tomas. For com 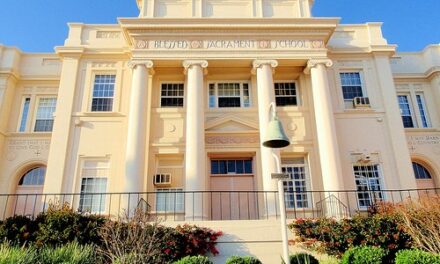 Dark chocolate’s healthy effects due to actions of gut bacteria