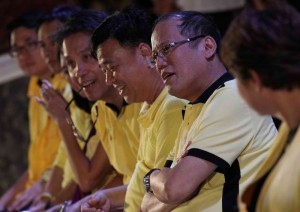 MANILA, Mar 7 (Mabuhay) — President Benigno S. Aquino III cited the role of the telecommunications sector in facilitating the free flow of information to our countrymen.

“Knowledge empowers our people and sustains the momentum of our nation’s ongoing revitalization. As part of the telecommunications sector, you act as conduits that facilitate the free flow of information to our countrymen,” the Chief Executive said in his message to the Federation of International Cable TV and Telecommunications Association of the Philippines (FICTAP) on Thursday.

The FICTAP opened its 14th International Cable Congress and Exhibit on Thursday at the Manila Hotel. The event would end on Friday.

“It is necessary that we remain attentive to the advances in technology in your industry, that we may keep our countrymen informed and educated, bringing us closer to our goal of equitable progress,” the President said.

President Aquino also lauded the FICTAP for undertaking initiatives that will promote healthy competition in the telecommunications sector.

The President said the initiatives likewise aim to improve the sector’s service levels, thereby contributing to an aware and engaged populace.

“The nation is one with you in welcoming a new chapter in your history, with your organization’s recent change of name to encompass the new possibilities emerging in your field,” he stressed.

“This move is both apt and timely, as it recognizes the potential of cable television not only in bringing news, current events, and entertainment, but also in transmitting communications and elevating the level of public discourse,” the President said. (MNS)

Ban on motorcycle transport of children along highways sought