MANILA, April 14, 2011 (AFP) – Philippine President Benigno Aquino urged government prosecutors on Thursday to carry firearms to protect themselves from defendants – and said he would teach them how to shoot.

“We are also concerned about the dangers you face, especially when taking on high-profile cases… and we cannot allow mere intimidation to stop us from doing our jobs,” Aquino told a national conference of prosecutors.

He said the Justice Department, the national police and the national prosecutors association had signed an agreement that would “prioritize” the approval of firearms licenses for prosecutors.

Normally, getting a firearms license is a complicated, lengthy process but the agreement will speed up the approval of licenses to prosecutors. 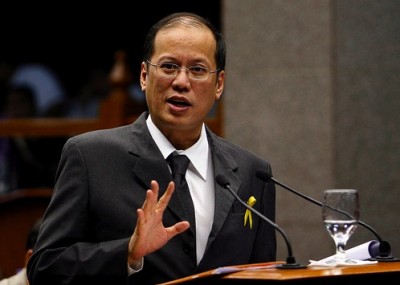 Aquino, a sports shooting enthusiast, jokingly offered to help teach prosecutors how to fire a weapon.

“If you need a (shooting) instructor, I am also willing to volunteer,” Aquino said at the conference in the southern city of General Santos.

Rights groups have said a culture of impunity pervades the Philippines, where there are more than 1.1 million unlicensed firearms, on top of the 1.3 million guns in the hands of authorized police and military personnel.

The combined tally means there is roughly one firearm for every 40 Filipinos.

Prosecutors and even judges have previously called on the government to make it easier for them to obtain firearms and carry them in public to help protect them from harassment and attacks related to their work.

Aquino’s comments came after motorcycle-riding gunmen killed a senior government prosecutor on March 15 in the violence-ridden southern region of Mindanao.