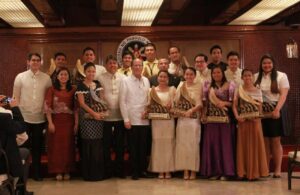 In his speech, President Aquino said that as head of the country for the past four-and-a-half years, he has always known that he could not do much without the support of the people and other sectors.

After congratulating the winners of the TAYO awards, the President outlined the administration’s efforts to empower the youth to become more effective nation builders amid a strong economy.

He cited the Conditional Cash Transfer for High School Expansion program, which supports children of poor families until they reach 18 years old.

He reported that some 1.2 million students, aged 15 years old to 18 years old, are receiving assistance from the government so they could complete their high school education. 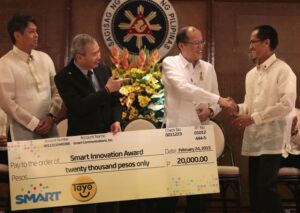 The Technical Education and Skills Development Authority (TESDA) is also actively helping the youth, he added.

From July 2010 to December 2014, some 774,532 people graduated under TESDA’s Training for Work Scholarship Program (TWSP), the President said, noting that their employment rate from April to September last year was registered at 96 percent.

According to the Chief Executive, the real challenge is for the country to sustain the gains and developments it has been enjoying. 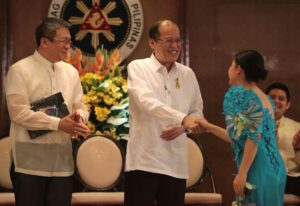 Apart from recognition, the winning organizations receive a specially commissioned trophy sculpted by Toym de Leon Imao, and a grant of P50,000 to fund new projects or continue their long-term programs.

Since its establishment in 2002, the TAYO Awards Foundation has recognized and supported the outstanding contributions of youth organizations to national development.

To date, more than a thousand youth organizations have joined the search and have become part of the foundation’s growing youth network.

This year’s awarding ceremony is part of the celebration of the 29th anniversary of the EDSA People Power Revolution that will be commemorated on Wednesday, February 25. (MNS)