Sovereign Military Order of Malta (SMOM) Ambassador to the Philippines
Her Excellency Odelia Gregorio Arroyo reviews the honor guards upon
arrival at the Malacañan Palace Grounds for the presentation of
credentials on Tuesday (August 27, 2013). (MNS photo)

MANILA, Aug 27 (Mabuhay) — President Benigno S. Aquino III welcomed the new ambassadors to the Philippines of the Republic of Iraq and the Sovereign Military Order of Malta, who presented their respective letters of credentials to him in Malacañang Palace on Tuesday.

First to meet with the Chief Executive at 10 a.m. at the Music Room of the Malacañang Palace was His Excellency Dr. Ahmed Kamal Hasan Al-Kamaly, who presented his credentials as Ambassador Extraordinary and Plenipotentiary of the Republic of Iraq.

Accompanying the new Iraqi Ambassador were his spouse Sameera Al-Aril and Iraqi diplomats.

Joining the President in welcoming the new Iraqi Ambassador and his party was Foreign Affairs Secretary Albert F. Del Rosario.

The Iraqi envoy thanked President Aquino for welcoming him to the country and assured the President of his country’s commitment to further enhance the bilateral ties between the Philippines and Iraq. He then introduced the members of his delegation to President Aquino.

The President, together with Del Rosario, then ushered the Ambassador and his party to the adjoining room for a closed-door meeting.

The President also received the credentials of Her Excellency Odelia Gregorio Arroyo as Ambassador Extraordinary and Plenipotentiary to the Philippines of the Sovereign Military Order of Malta during a simple ceremony at the Music Room at 11 a.m.

Ambassador Arroyo was accompanied by her family and other diplomats from Malta.

In presenting the credentials, she also thanked the President for the warm welcome and wished him good health and peace and prosperity for the Philippines and the Filipino people. Then she met with President Aquino in a close-door meeting. (MNS) 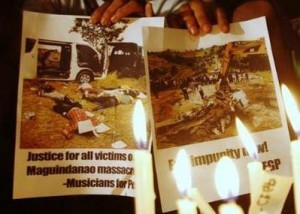