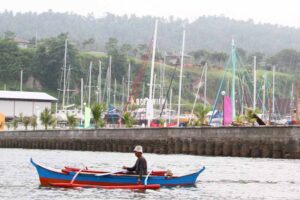 MANILA (Mabuhay) – Investigators from the Armed Forces of the Philippines (AFP) and the Philippine National Police are not yet convinced that the Abu Sayyaf Group kidnapped the three foreigners and a Filipino on Samal Island last week, a military spokesman said Tuesday.

Padilla said that all of the information that the military and the police investigators received over the weekend and on Monday are still being validated.

The military spokesman added that they have asked Davao City Mayor Rodrigo Duterte to introduce their investigators to his sources so they can confirm the local executive’s information that the kidnapped victims have been transferred by their captors to Sulu.

The mayor announced in a press conference in Davao City on Sunday that Norwegian Kjartan Sekkingstad, Canadians John Ridsdel and Robert Hall and Filipina Marithes Flore have been brought by their kidnappers to Sulu.

Duterte also said that the kidnappers are allied with the Abu Sayyaf Group.

Local police investigators on Samal Island had said that the kidnapping style of the armed group that took the four victims is different from the Abu Sayyaf Group’s.

A source from the Sulu provincial police office on Monday said, citing an intelligence report from the Philippine Marines, that the four victims have been spotted in Indanan town in Sulu province.

The report said that the victims were spotted with around 300 armed men and “prominent” members of the bandit group.

Padilla said that police and military investigators have yet to receive information that the kidnappers have contacted the families of their captives.

Padilla said they have been assured of full cooperation by the foreign victims’ embassies.

Meanwhile, the military spokesman said that military and police investigators handling the Samal Island kidnapping are being very careful with the release of their initial investigations’ results.

He added that the military and the police are also withholding vital operational information.