Activists protest in front of the Pasay City regional trial court in Manila on June 21, 2012, against former Philippine president Gloria Macapagal Arroyoâ€™s attempt to be granted bail by the high court. Arroyo was arrested in November 2011 after nearly 10 years in power and now awaiting trial on two separates charges of vote rigging and corruption. (MNS photo)

MANILA (Mabuhay) – Lawyers of former President Gloria Macapagal Arroyo and her accused in the alleged misuse of P366 million in charity funds are set to show the Sandiganbayan that the prosecution has failed to present enough evidence for the plunder cases to hold.

Lawyer Vic Orocio, the legal counsel of one Arroyo’s co-accused Raymundo Roquero, said all the defense lawyers in the PCSO fund scam case would file a demurrer to evidence on Thursday.

“It’s like a motion to dismiss the criminal case on the ground that the prosecution failed to prove the crime beyond reasonable doubt,” Orocio said.

“[All the defense lawyers] will file a motion to demurrer of evidence since the prosecution’s evidence did not proving the elements of plunder. The only evidence they proved was all the accused are public officers,” he added.

The prosecution against the incumbent Pampanga congresswoman and her co-accused in its case in May, saying it had no more witnesses to present.

The Sandiganbayan First Division, in response, gave the state prosecutors 20 days to come up with a formal offer of evidence, a written document summarizing their case.

The Sandiganbayan is expected to file hear the demurrer on July 30.

Only Uriarte and Valdes remain at large.

Arroyo remains under hospital arrest at the Veterans Memorial Medical Center in Quezon City, following the anti-graft court’s rejection of all her bail petitions by virtue of the strong evidence against her. Plunder is a non-bailable offense.

Meanwhile, Taruc, who surrendered in March and was arraigned in April, was allowed to post P1 million in bail.

Morato, meanwhile, was arraigned in December 2012, weeks after he underwent a triple heart bypass at the St. Luke’s Medical Center in Quezon City.

Valencia and Aguas both surrendered in October 2012, while Roquero surrendered on January 18, 2013.

In June 2013, the court allowed Valencia, Morato and Roquero to post .

Former COA-Intelligence Fund Unit head Nilda Plaras, also a co-accused, secured an injunction order from the Supreme Court on the basis of her legal challenge on the validity of the indictment from the Office of the Ombudsman.  (MNS) 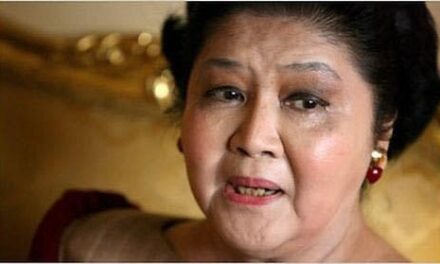