According to the Office of the President, Duterte made this reaffirmation during the joint courtesy call of the ambassadors of the Sultanate of Oman, State of Qatar, State of Kuwait, the Kingdom of Saudi Arabia, and the United Arab Emirates at Malacañan Palace on Wednesday.

In his speech, he thanked the GCC governments for their assistance to the Philippines’ pandemic response efforts and in the repatriation of Filipino nationals affected by the Covid-19 crisis.

He said the Philippines is keen on working closely with GCC partners as they implement their respective labor reform initiatives.

“I hope that these reforms succeed and evolve to encompass the more vulnerable sectors in the GCC labor market, particularly household service workers,” he said.

Duterte said any scheme that paves the way for the “exploitation and oppression” of migrant laborers must be dismantled.

“The Philippines is keenly interested in working with our GCC partners to realize our shared aspiration for a better future for all our peoples,” he added.

For their part, the GCC Ambassadors expressed appreciation for the opportunity to meet and discuss with the President bilateral issues of mutual interest, including pandemic cooperation, labor reform, migration and development, regional peace and security, climate change and energy.

Currently, Duterte continues to engage with state leaders in the Middle East to push for the abolition of the Kafala or a sponsorship system and all other structures that exploit and oppress migrant workers.

In his speech delivered during the 76th session of the United Nations (UN) General Assembly, Duterte renewed his call for the total abrogation of the Kafala in the Middle East.

“The Kafala system is one such behemoth that chains the weak, the desperate, and the voiceless to the existence of unimaginable suffering. Nothing can justify the continued existence of this unjust system,” Duterte said. (MNS) 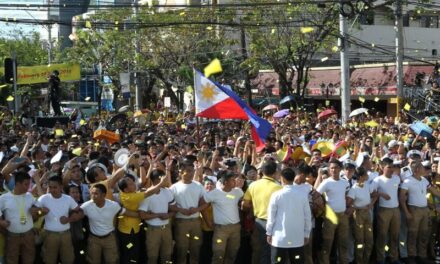 PHL hits back at Beijing over South China Sea